Morgan Roof is the younger sister of white supremacist and mass murderer, Dylann Roof –also known as the Charleston shooter.

Morgan’s brother was convicted of murdering nine people at a historically black South Carolina church last June. But recent reports say is now her, who is grabbing the spotlight and not for good reasons. According to numerous outlets, Miss Roof has been arrested after she brought with her weapons to school grounds. 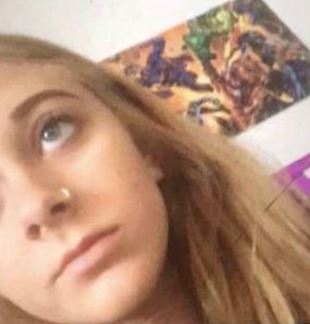 She is said to have made a racially-charged Snapchat post –which alerted school authorities. In her possession, it was found a knife and pepper spray. It all went down after she said on the social media platform

“Your walking out for the allowed time of 17min, they are letting you do this, nothing is gonna change what tf you think it’s gonna do? I hope it’s a trap and y’all get shot we know it’s fixing to be nothing but black people walkin out anyway. No offense ofc buuut.”

Morgan’s post is in reference to the national walkout against gun violence, which took place March 14 –and where high school students around the country staged gathered to call for stricter gun laws in the wake of the Florida school shooting. Morgan is the daughter of Franklin Bennett and Paige Mann –Dylann’s stepmother. Morgan also has an older-half-sister, Amber Roof.

18-year-old Morgan Sinclair Roof first gained some attention due to the heinous crime committed by her brother. Dylann cold-bloodedly killed nine black parishioners and the pastor in a racially motivated hate crime attack at Emanuel African Methodist Episcopal Church in Charleston, S.C. in 2015.

Following her brother’s crime, she responded questions about him on her Tumblr page.

She is currently a student at AC Flora High School and parents on social media have been freaking out at the fact that their children go to school with her. School authorities also found ********* as well as a knife and pepper spray on her, violating school policy.

She was taken at the Alvin S. Glenn Detention Center.