Ian Watts is the longtime partner of Iconic British singer, Sade -known for her sophisticated blend of soul, funk, jazz, and Afro-Cuban rhythms.

By her side for over a decade has been, Ian Watts. Prior to Watts, Sade a native of Nigeria, had two failed marriages and a number of relationships that didn’t last.
It was around 1980 when she married her longtime boyfriend Robert Elms. The marriage was a total failure as they divorced each other due to some personal problems. 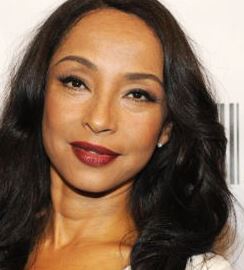 Following her divorce, she then began a relationship with Spanish film director Carlos Pliego. Adu tied the knot with him in 1989 but this marriage also ended in divorce in 1995.
Before long, Sade fell in love again, this time with a Jamaican music producer Bob Morgan with whom she stayed in a live-in relationship.
From her relationship with Morgan, Sade is the mother of 23-year-old son Izaak Theo Adu, born Mickailia “Ila” Adu on 21 July 1996 and who publicly came out as transgender in 2016.