Bob Weir, the legendary musician is widely known for his career in the entertainment world, but how much do you know about his lifestyle, his wife, his children and his net worth? Have you ever wondered how much Bob Weir net worth is?

The storied guitarist and songwriter, is famous for being a founding member of the rock band, Grateful Dead.
At 73, Weir remains relevant in the music scene doing live shows. Let’s see what else we can learn about the musical star. 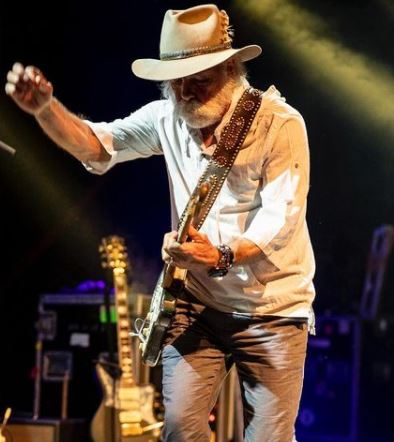 To recount Bob Weir net worth timeline, we must go back a few decades. Weir met fellow Grateful Dead founding member Jerry Garcia in a moment of happenstance on New Year’s Eve 1963.

Weir and Garcia proceeded to play music together, they formed Mother McCree’s Uptown Jug Champions, which morphed into The Warlocks and eventually became the Grateful Dead as their style became significantly influenced by the music of The Beatles.

Weir played rhythm guitar and sang a large portion of the lead vocals throughout the 30-year-long career of ‘The Dead’, as they became known.

Weir went on to release his first solo album in 1972 and subsequently play in other bands, including reformations of bands with the Grateful Dead’s former members.

In 1994, he was inducted into The Rock and Roll Hall of Fame as a member of Grateful Dead.

Bob Weir’s storied career in the music industry as a singer, songwriter and guitarist; has certinaly paid off. Online sources estimate Bob Weir net worth in 2021 is of around, $60 million.

Bob Weir belongs to the Rex Foundation board of directors. The Rex Foundation aims to help secure a healthy environment, promote individuality in the arts, provide support to critical and necessary social services, assist others less fortunate than ourselves, protect the rights of indigenous people and ensure their cultural survival, build a stronger community, and educate children and adults everywhere.

He is also involved with the Furthur Foundation, according to its website, Bob donated their capital more than two decades ago. This allows the Board to grant anywhere from 30 to 60 thousand dollars a year.

Weir is also behind, HeadCount; a non-partisan organization that uses the power of music to register voters and promote participation in democracy. 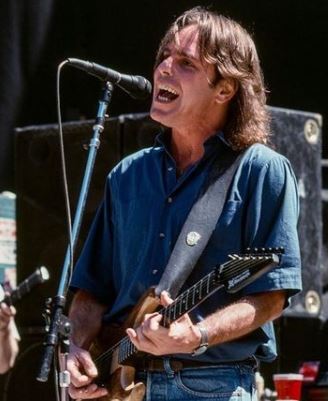 Bob Weir was the subject of the 2015 Netflix documentary The Other One: The Long Strange Trip of Bob Weir, which chronicles his storied career. Released in summer 2017, Amazon Studios’ Long Strange Trip—Amir Bar-Lev’s critically acclaimed documentary about the Grateful Dead—is currently streaming on Amazon Prime as a six-part series.

Bob Weir, who was adopted as a child, sought out his biological father, Jack Parber, who was then living in Novato with his wife.
Weir and Parber became very close after they met, and Weir brought his father and his wife to Mill Valley, where he bought them a townhouse at 239 East Blithdale. They lived here until they both passed away.
The home is a three-bedroom townhouse in Mill Valley’s Boyle Park. 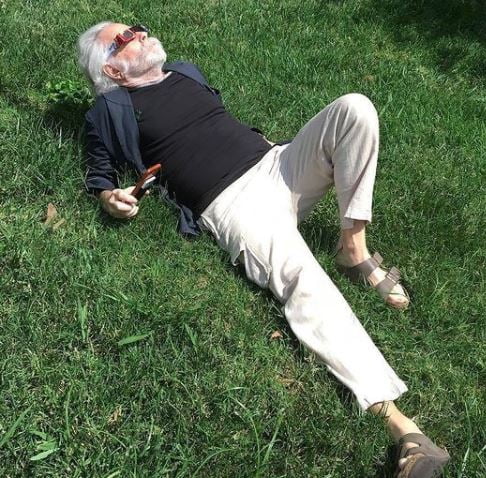 In this role, Weir will teamed up with UNDP to raise awareness and mobilize support for the UN agency’s work to end poverty while fighting climate change. Weir said:

“I am most honored to join the United Nations Development Programme as a Goodwill Ambassador,” “I am looking forward to working with UNDP to raise awareness of the grave issues and enormous opportunities affecting our planet and I hope to inspire others to join us. Together we can help keep our planet healthy and prosperous for future generations.”

Bob Weir is a singer, songwriter and bandleader hailing from San Francisco, California, United States who was born on October 16th, 1947 as Robert Hall Parber.

While most famous as a member of The Grateful Dead from 1963 to 1995, he has also played in bands like Kingfish, RatDog and Furthur.

Weir joined The Grateful Dead at the age of 16, after hearing Jerry Garcia playing the banjo on New Years Eve, 1963. Originally, the band formed as a jug band but after each member of the group got into The Beatles, the band morphed into the psychedelic jam band that we know today.
For the band’s thirty year history Weir was their lead singer and rhythm guitarist, in the early seventies, the band had become such an institution that the members began to release their own solo albums outside of the band’s activity.

Weir released his first of two efforts in 1972, beginning with “Ace” and continuing with 1978’s “Heaven Help The Fool”, however, Weir’s work outside of the dead was characterised by forming other bands more than anything else, most successfully joining Matthew Kelly to form Kingfish in 1975. 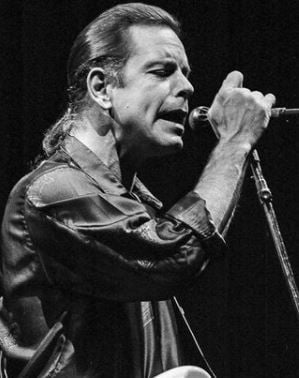 Tragically, Garcia passed away in 1995, leading to the dissolution of The Dead, but Garcia busied himself with his band RatDog, who came together shortly after Garcia’s passing and were active until 2010.
In January 2015, it was announced that Weir was to get back together with the remaining members of The Dead to see off the band properly at their fiftieth anniversary with three nights at Chicago’s Soldier Field stadium. Along with Garcia, Weir was one of the key minds behind one of the most beloved bands in American rock.

Contrary to what you may think, Bob Weir’s personal life is not the typical rock star lifestyle. He has led a low profile despite his fame and has kept his private life to himself.
He has only been linked to two women and has been married once, in fact he is still married and is a father of two.

Bob Weir have been married to Natascha Muenter for man years. The couple began dating around 1996 and three years later, on 15th Jul 1999; they became husband and wife.
Natascha’s sister is Leilani Munter, a race car driver. 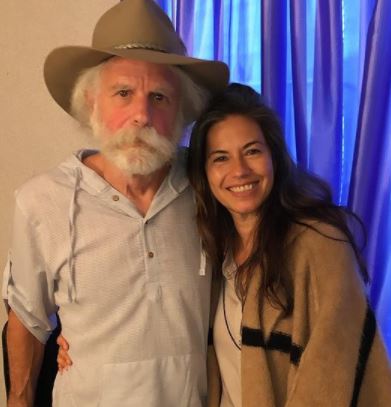 Natascha was introduced to Weir as a 15-year-old fan, trying to get backstage at a Grateful Dead concert. They kept up a friendship over the years, until 1999 when they married.
He was in a previous relationship with dancer, Frankie Hart, also known as Frankie Azzara and later as Frankie Weir. Though they never married, the two lived together for years.

Bob Weir and wife Natascha Muenter are the porud parents of two daughters, Chloe Kaelia Weir and Shala Monet Weir.
Both children were born in the Weir home, where the Grateful Dead recorded Blues for Allah back in 1975. 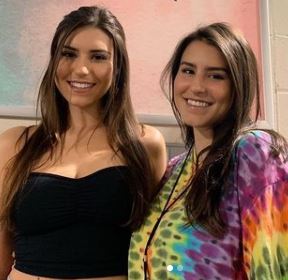 Shala Monet was born December 19, 1997; she attended Chapman University in Orange County, California. She is a model who has been featured as a Sports Illustrated Lovely Lady of the Day and has been a member of the Alpha Phi sorority.

As one of the founding members of the legendary Grateful Dead, he received a GRAMMY Lifetime Achievement Award in 2007.

In 2016, he received the inaugural Les Paul Spirit Award and was honored with Lifetime Achievement Award from the Americana Music Association.

Bob Weir is one of the founding members of the legendary Grateful Dead, since establishing the band in 1965, Weir has become one of rock’s finest and most distinctive rhythm guitarists. In 2016, Weir released Blue Mountain on Columbia/Legacy/ROAR, his first album of solo material in more than 10 years and his first album of entirely original material in more than 30 years.

As Bob Weir is an environmentalist, this has made him choose a 2007 Lexus GS 450h for his daily ride.
Bob Weir is also the owner of a Corvette Stingray but he don’t drive it that much.

Bob Weir mentioned potentially penning a memoir during an interview with Rolling Stone back in 2016.
When asked his thoughts about participating in a film about his life (The Other One: The Long Strange Trip Of Bob Weir), Bobby responded “I’ve felt for the longest time that I’ve got to write a book. I’m going to have to do it, I realize, but this gives me another year or two to gin up the resolve to do. This buys me some time. So I jumped at the chance.” 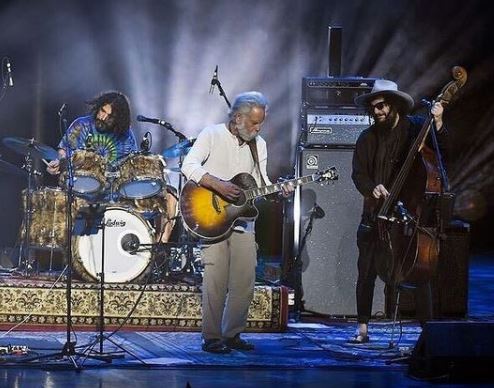 What I like best about music is when time goes away.

They’re protecting an archaic industry. They should turn their attention to new models.

Songs go through cycles for me. And sometimes I lose my passion for some of them.

When we started out, there was so much cash involved that it attracted an element you’d rather not do business with.

The Grateful Dead’s Bob Weir is one of those musicians who has never been flashy or attention-seeking. He hasn’t ever found himself plastered across tabloid front pages or even got himself into too much trouble. Bob Weir has just quietly gone about his business, creating one of the most densely rich live back catalogues of all time, and he does it all with a smile on his face and a wistful look in his eye.

When asked what he would like to be remembered for when he “crosses the river” and goes on to the other side, Weir, ever the creator and musician, simply replies: “Individually, for people who want to remember me, to remember on the moment for a song that relates to that moment for them, because that’s all I’m here for.” 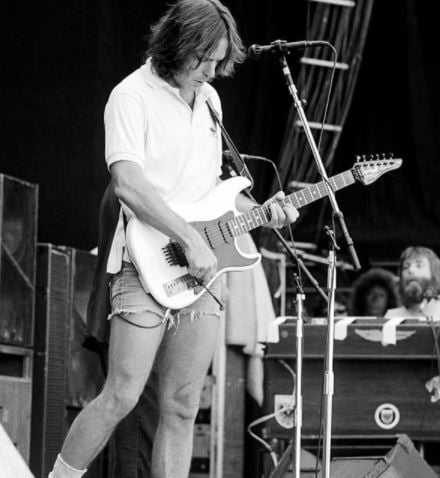 When he was pushed on what song Weir might like to be played at his funeral or memorial service, Weir replied by reciting

“I have seen where the wolf has slept by the silver stream. I can tell by the mark he left you were in his dream.”

What does Bob Weir do now?

Bob has been recently most active performing with Bob Weir & Wolf Bros, a trio that includes the legendary producer Don Was on stand-up bass and Jay Lane—a veteran of several post-Jerry Garcia Grateful Dead variations, as well as Primus—on drums.

According to GQ, the band played back in 2019 in Austin the day before and then drove through the night, Weir sleeping in a comfy-looking bunk in back as Texas and western Louisiana rolled by a few feet beneath.
Their most recent live performance was on February 2021, featuring Jeff Chimenti and Greg Leisz, with special guests The Wolf Pack, from Bob Weir’s own TRI Studios.

Where does Bob Weir live now?

Bob Weir is a longtime California resident. He lives in a house in Mill Valey, CA.

Where can I find Bob Weir on social media

Followers of Weir’s Twitter feed will be familiar with why his workout gear might require its own compartment. Videos regularly posted there show Weir, invariably wearing sneakers with glove-like toe slots, laboring with various devices seemingly transported from the pre-modern age of Physical Culture.

He can also be found on his website, where you can check out dates for his presentations and also check out the Bob Weir shop where you can get apparel, posters and accessories.