Once you’ve made it in Hollywood, often than never celebrities seem to branch out to other business endeavors.

Perhaps because once they become economically stable beyond their wildest dreams; and this is really an understatement after they hit it big in showbiz; they go after their real dream? Who knows really, but the trend this past few years seems to be, booze. Yup, celebrity liquors is a thing among them even if you aren’t aware.

That doesn’t mean celebs don’t have other branded products in their name. It could be a fragrance, clothing line, a collection of wellness items, athletic shoes, food products or restaurants. However, more and more of them have married their names to different types of alcohol.

You have probably drunk liquor your favorite stars own, and had no idea they did! A lot of celebs have either created, collaborated with or invested in the liquor market. Many of them own or partially own, wine or spirit labels.

Celebs are so cool, that even is they’re not looking for it they end up making more money with new partnerships. Celebs who after they work together on a project, end up making such great relationships with other celebs that they decide to join forces to establish a brand.
Take, for instance, actors Aaron Paul and Bryan Cranston from hit series Breaking Bad; who have their own mezcal! The two worked together in the series for five years and are definitely close.

This goes to show how the power of a celebrity enables them to do pretty much anything. Even politics! Funny thing is, countless film, TV, and music stars put a lot of input into their brands, some are involved in taste tests, marketing decisions, etc. But others, are just really good at keeping their names in the public interest.

But getting back on subject, check out below a list of celebrities you probably didn’t realize, are in the liquor business.

Celebs and their Liquor Brands 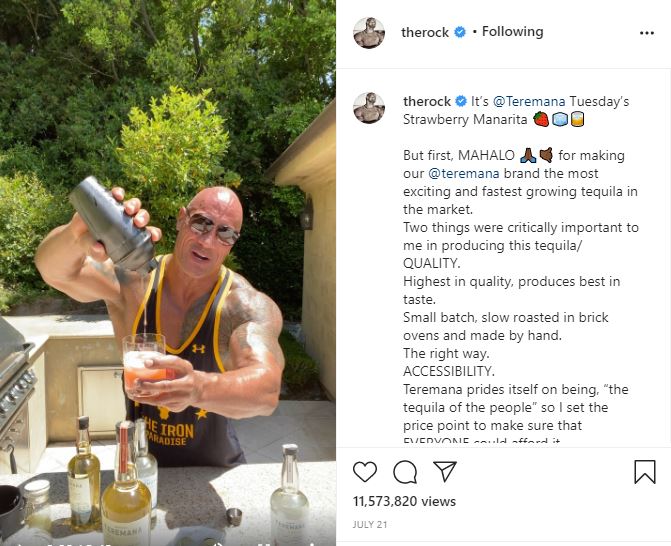 The former WWE star and actor launched his tequila brand, Teremana in March 2020.

He said it’s been his dream to create high-quality, hand-crafted tequila and that he spent years working on this brand.

It currently comes in blanco and reposado varieties.

Aviation Gin, a Portland, OR, craft gin that has been on the market since 2005, found its new owner in the actor in 2018.

Reynolds fell in love with it in 2017, after ordering the same Negroni cocktail-made with Aviation gin. 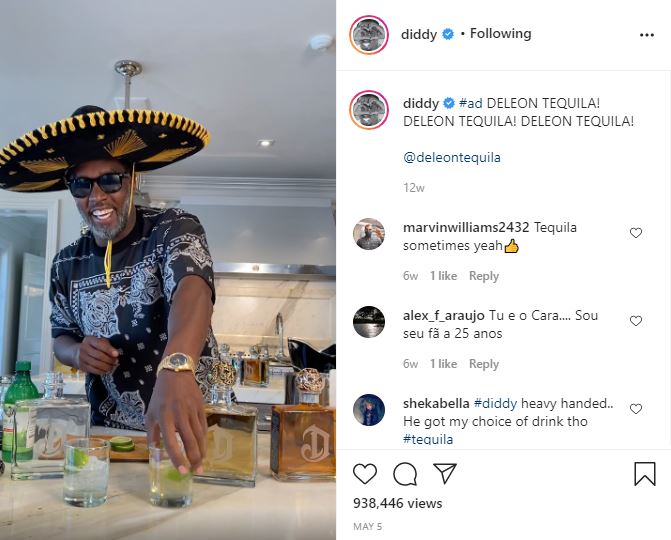 Diddy has been in the liquor market for over a decade. The singer, songwriter, rapper, record producer, and entrepreneur -is well known to be the man behind CÎROC Vodka.

In 2014, following the success of their investment in Cîroc Vodka, Combs acquired the DeLeón brand, founded by Brent Hocking, as part of the company Combs Wine & Spirits. 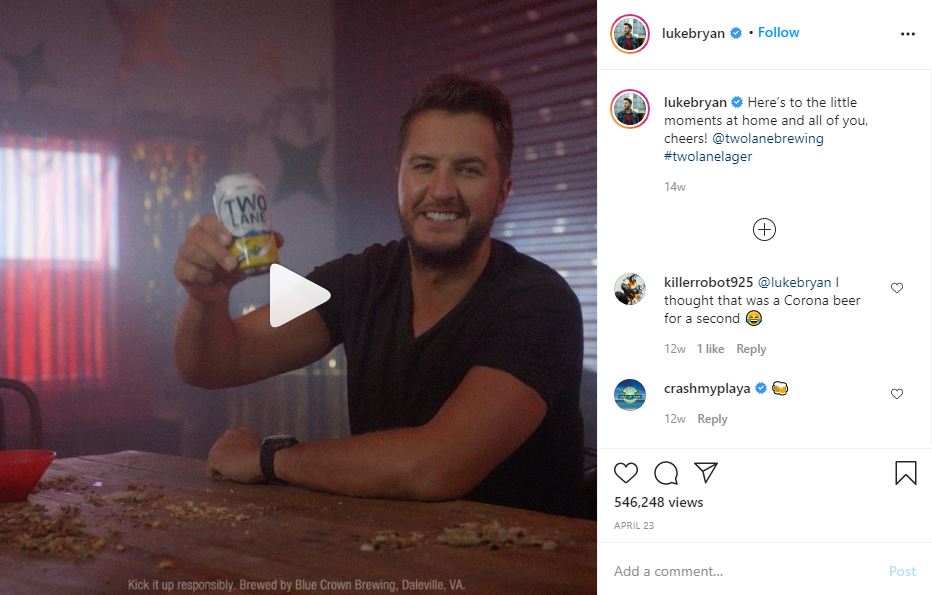 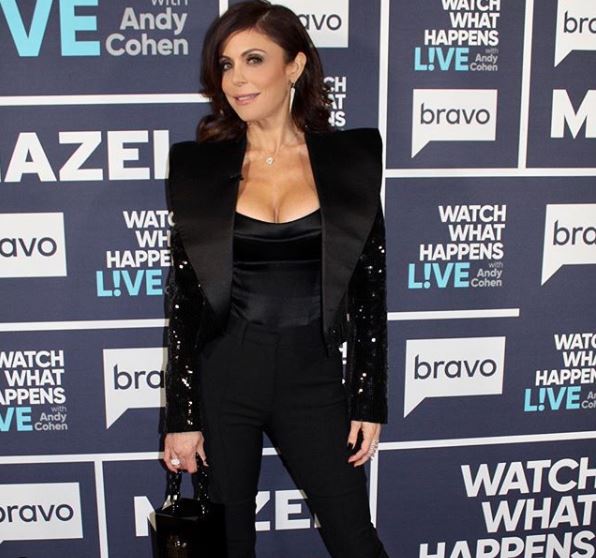 The Real Housewife star came up with the Skinnygirl beverage brand in 2009, offering low-calorie margaritas. In 2011 she partnered with the beverage company Beam Suntory and still serves as the company’s CEO.

The actress is behind King St. Vodka. Hudson’s booze stands out from the pack because it’s distilled seven times in small batches in sunny Santa Barbara, it’s gluten-free, and it uses alkaline water. 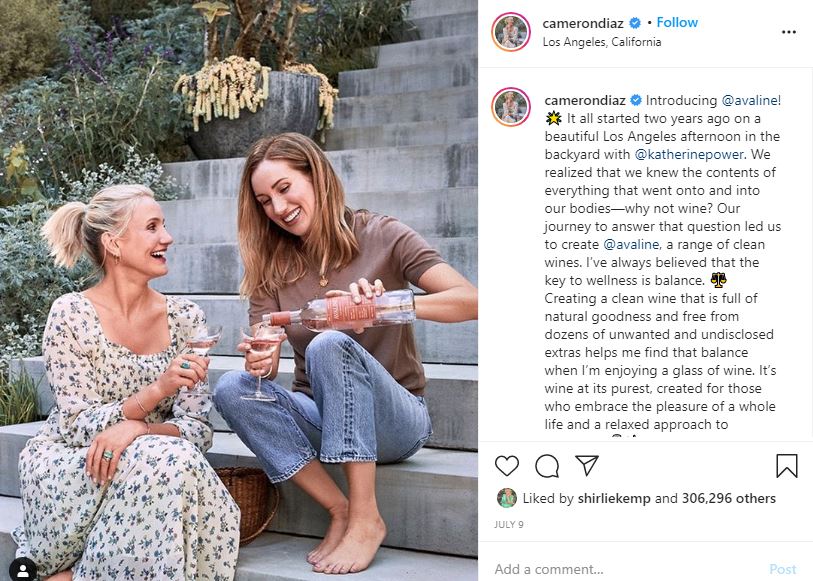 America’s beloved actress Cameron Diaz and entrepreneur Katherine Power launched Avaline -a clean wine brand with a white wine and a rosé that are both vegan-friendly, made with organic grapes, and free of unnecessary additives. 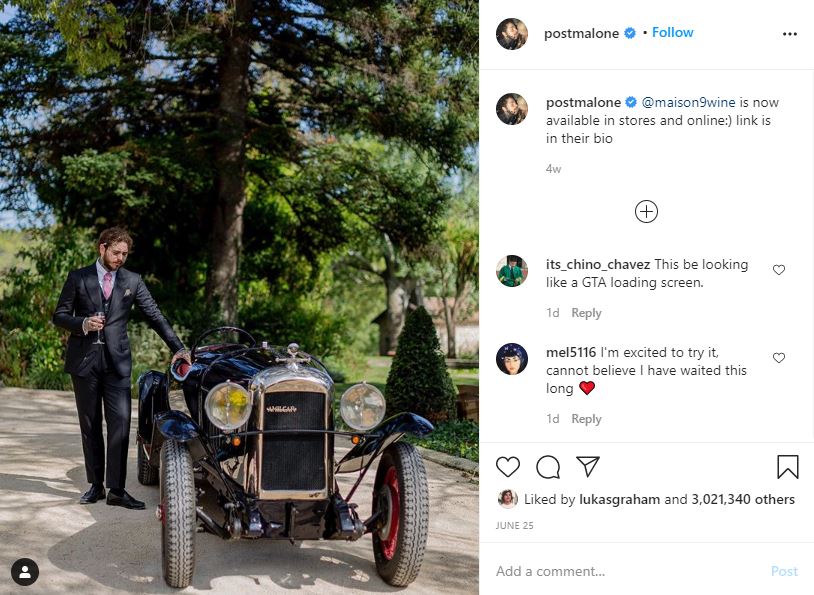 Posty came up with the name of his rose wine, Maison No. 9 inspired by his favorite tarot card, the Nine of Swords. 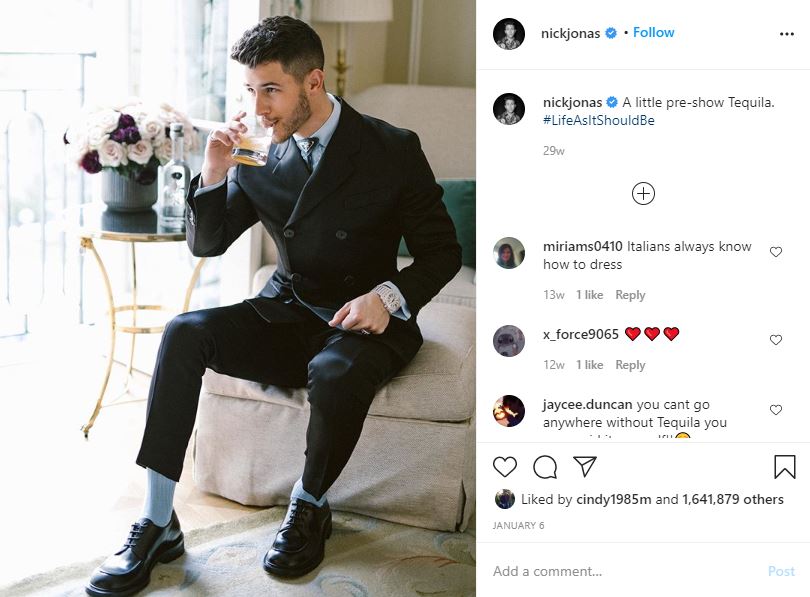 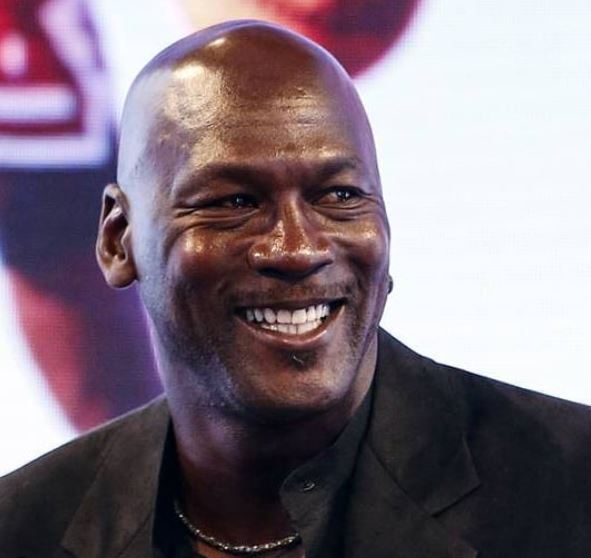 The co-stars join forces to launch Dos Hombres, an “artesanal mezcal” that’s meant to be shared. According to the website, the mezcal is “a unique blend of the finest Espadin agave, hand-selected from the hillsides of a small village in Oaxaca, Mexico.” 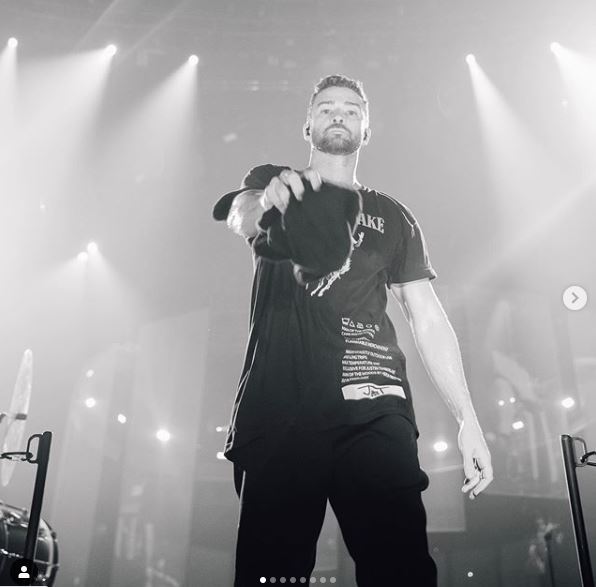 The singer partnered with Casa Sauza to launch Sauza 901 in 2009. He relaunches the beverage in 2014. 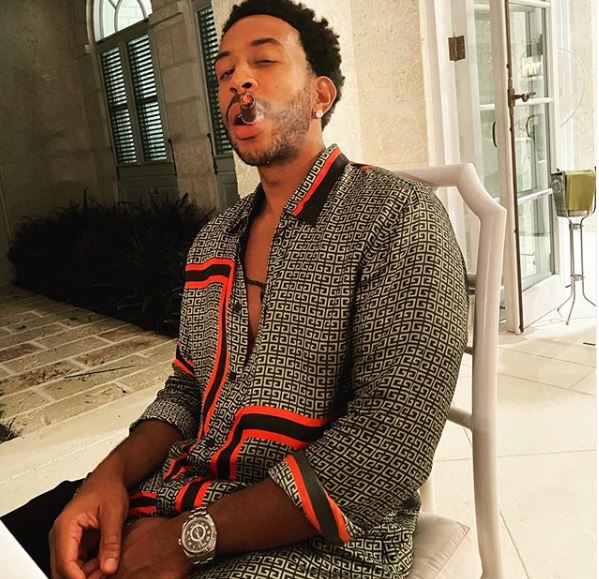 Is the star behind Conjure Cognac. He was even involved in the mixing of the actual drink. The reason? Is the rapper’s drink of choice. 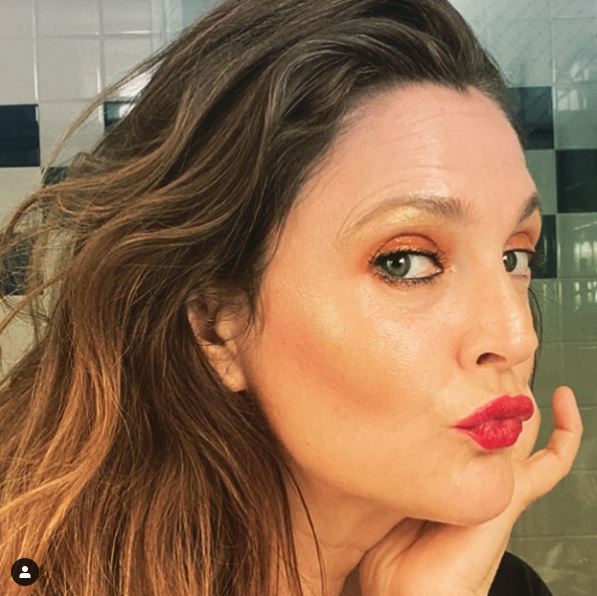 The actress puts her name on a pinot grigio, a pinot noir, and a pinot noir rosé crafted by winemaker Kris Kato at Monterey County’s Carmel Road Winery. 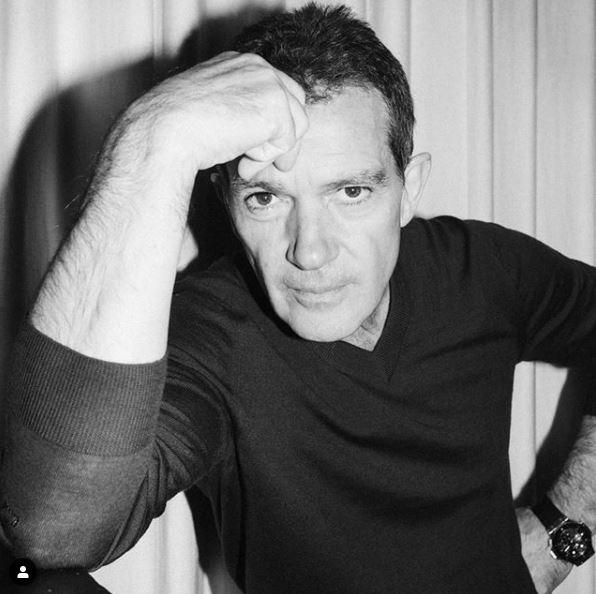 The Spanish star, bought in 2009 a 50% interest of Spanish winery Anta Bodegas. He renamed it Bodegas Anta Banderas 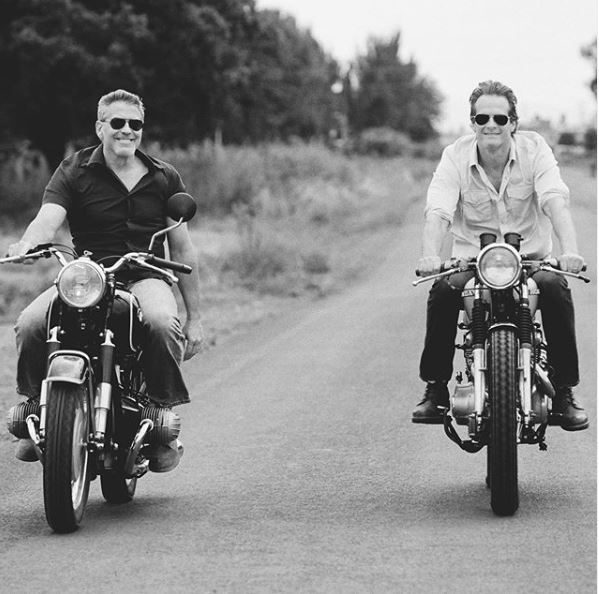 George Clooney and Rande Gerber launched Casamigos Tequila in 2013. It was so successful that in 2017 they sold the brand to for $1 billion. The founding partners may no longer be owners, but they remain involved with the brand.

The consecrated singer-songwriter, launched his line of bourbons and ryes in 2019. He also recently announced the opening of the Heaven’s Door Distillery in Nashville. 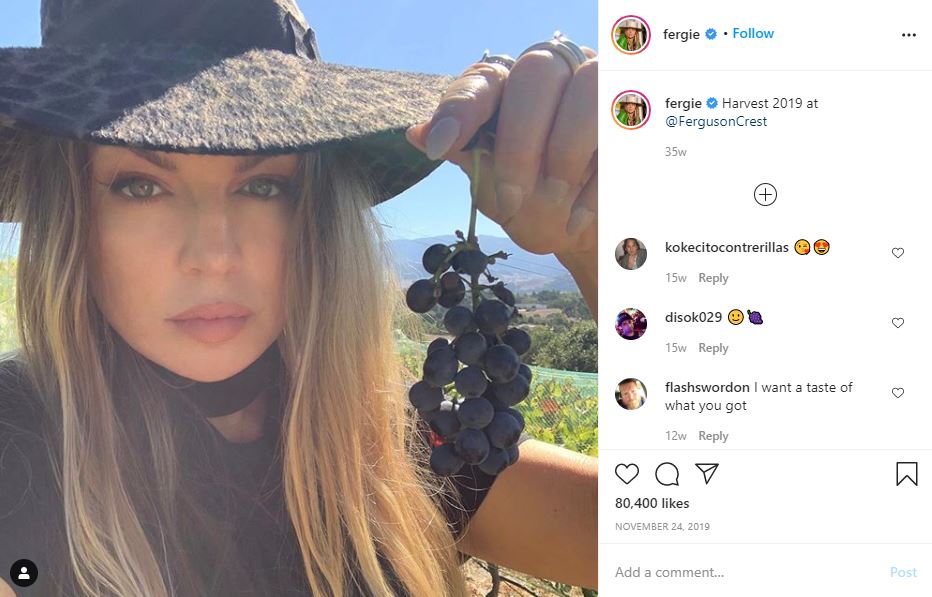 The singer founded Ferguson Crest -a Santa Barbara County winery with her father, Pat Ferguson, in 2006. The former Black-Eyed Peas is also a minority partner in Voli 305 Vodka, joining rapper Pitbull as an investor.

The former Van Halen frontman has been in the booze business since the ’90s. In 2007 he sold 80% of his Cabo Wabo tequila to Italy’s Gruppo Campari for $80 million. The following year he released a Maui-made rum. He and Maroon 5 frontman Adam Levine are also involved in another liquor project. 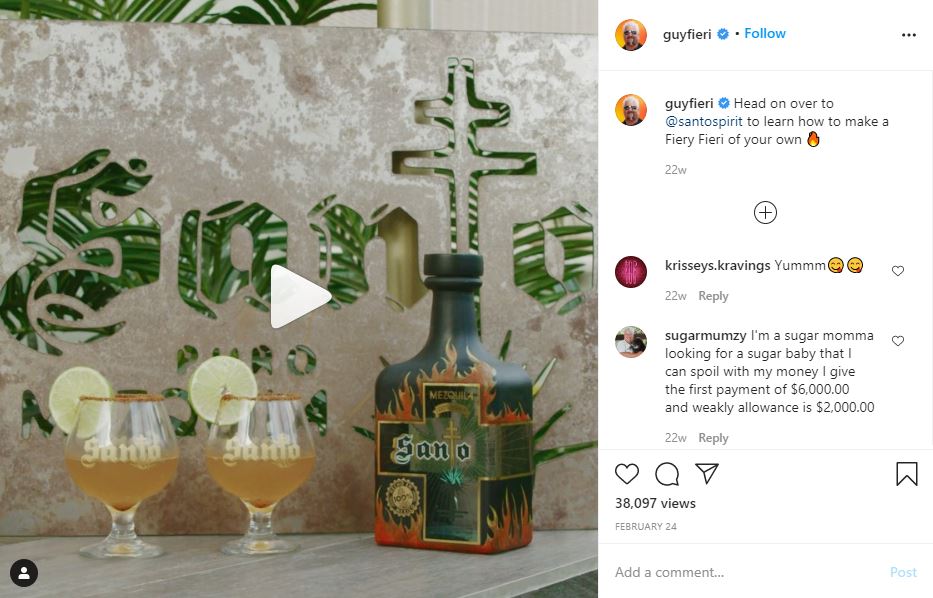 Furthermore, you can subscribe to DailyEntertainmentNews and automatically receive our latest & greatest delivered right to your inbox!