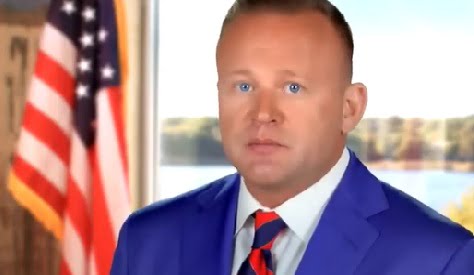 Dan Newlin is certainly nationally-recognized, throughout his career he has been successful in helping thousands of victims.
His firm has managed to recover millions of dollars for victims, positioning himself as a sought after legal expert.
Want to know more about him? Keep scrolling down and let’s see what more we can learn about Dan Newlin.

At the age of 18, his first job was as an Emergency Medical Technician (EMT) for the City of New Chicago, Indiana.

Newlin subsequently became a a police officer in New Chicago and, later took a position as Deputy Sheriff with the Orange County Sheriff’s Office.

Newlin was assigned to the Patrol Division, Fugitive Division, and Tourist Policing Division.

He started his Florida law firm in the early 2000’s.

Since then, Dan Newlin has recovered over $1 billion dollars for accident and injury victims and represented over thousands of people from all over the state of Florida. 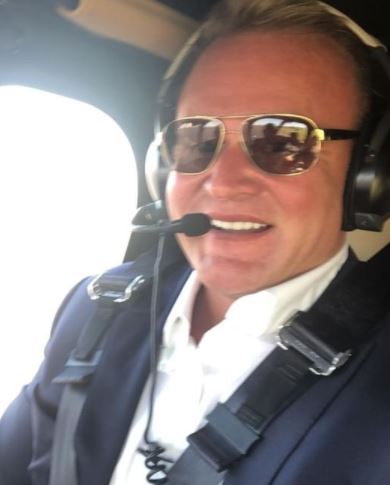 According to online sources, the expert injury Attorney Dan Newlin has an estimated net worth of around $100 million.

He has gained notoriety thanks to his exceptional representation for his clients in the United States, receiving various recognition in that regard.

In 2011, along with Miami based attorney John Leighton, Dan Newlin presented Officer Gordon’s case to a jury of six Orange County residents over two days of trial. The trial included very emotional testimony from Gordon’s surviving children, who when questioned by Newlin on the stand, could not contain their grief when speaking of losing their father.

Newlin and Leighton asked the jury throughout the trial to send a message to criminals in the Central Florida community that you cannot profit from committing a violent crime. The jury agreed with the attorneys and awarded the estate and survivors a total of $24 million.

In 2007, off-duty police officer Alfred Gordon was gunned down and killed by Hugo Terry and Davin Smith in a robbery attempt following Gordon’s withdrawal of cash from a Bank of America ATM. The two suspects were arrested two days later and were subsequently charged and convicted of first degree murder. Both Terry and Smith are serving life sentences without chance for parole. Officer Gordon was survived by his wife, Beverly and three children. Attorney Dan Newlin was contacted by Beverly Gordon shortly after the murder and asked to serve as the advocate for the estate and the surviving family members.

Attorney Dan Newlin obtained a record-setting $100 million verdict on behalf of a teen who suffered severe brain damage and has remained in a coma since 2012.
The case was tried last week in the Orange County Court before the Honorable Judge Donald Myers, Jr. The damages award includes payments for past and future medical care, punitive damages, pain, and suffering for the teen, as well as emotional distress and loss of companionship for her mother, Alma Fletcher.

The prominent injury attorney owns a couple of homes. In 2016, it was reported that Dan had bought his second Keene’s Pointe home for $1.215 million.

Located in the 6000 block of Lake Burden View Drive, the home lies within Keene’s Pointe on a 0.44-acre lot that features four beds and five baths built in 2007, with 5,102 square feet of living area.
The custom build features 12-14 foot ceilings, a downstairs game room, office and retreat, a large screened lanai, summer kitchen, pool, spa and fire pit, according to web listings.

Another of his investments include a helicopter and horses.

Newlin has grown his single office law firm into one of the largest law firms in the USA, with nine stellar class A fully staffed offices across central Florida employing over 300 support staff and 80 Expert Attorneys.

Dan Newlin Injury Attorneys has recovered billions of dollars for accident victims from Central Florida and has been recognized as one of the Nation’s top personal injury law firms in addition to being voted best law firm by the Orlando Sentinel and Orlando business journal.
Newlin separated himself from his competition by providing superior aggressive representation with the highest level of professionalism.

On his page he states that he was raised with the same guiding principles he leds his team: hard work, dedication, and winning. 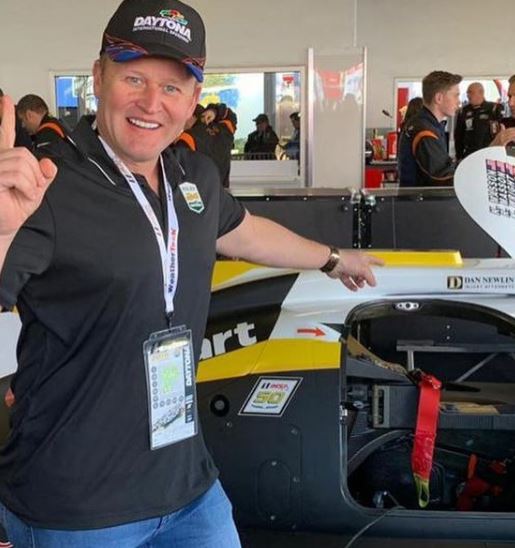 In 2015, Dan who was looking to expand his brand and assist client communication, caught sight of the trend taking over social media: the hashtag.
With this inspiration, Dan Newlin introduced #DAN, an abbreviated dialing code, made to make communication between existing and potential clients easier and more convenient. For a 18-month period, Newlin conducted beta testing with AT&T, T-Mobile, Sprint and Verizon to operationalize the innovative, one-of-a kind technology.
Dan managed to make a huge stride for technology. The majority of people no longer memorize phone numbers, and asking someone to do so is like going back in time. #DAN is shorter and more likely to be recalled by current and potential clients in their emergencies or time of need.

In addition to his success as an attorney, Dan Newlin is also known to have engaged in a number of NGOs and charity organizations across the country.

Born Daniel James Newlin was born on 2 June 1974; he grew up in South Chicago, the son of a steelworker and school teacher. 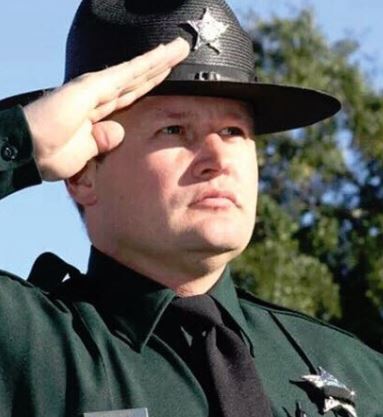 He began his public service career at the age of 18 serving as a firefighter and emergency medic.
At the age of 18, his first job was as an Emergency Medical Technician (EMT) for the City of New Chicago, Indiana.
Newlin subsequently become a police officer in New Chicago and, after battling frostbite for a few years, accepted a position as Deputy Sheriff with the Orange County Sheriff’s Office. During his time at the Sheriff’s Office, Mr. Newlin was assigned to the Patrol Division, Fugitive Division, and Tourist Policing Division where he received numerous awards and honors.

While working full time for the Sheriff, Mr. Newlin attended college at night and earned his Bachelor’s degree in Business Management. He then enrolled at Florida State University College of Law, where he obtained his Juris Doctor degree.

Dan Newlin is a licensed attorney in Illinois and Florida and has been practicing personal law for two decades.
Attorney Dan Newlin began his career in public service in his 20’s working as a sheriff’s detective.
At age 21, Dan Newlin was sworn in as an Indiana law enforcement officer where he later transferred to Orange County Sheriff’s Office where his career rose to the high level of Fugitive Detective.

In 1997 Attorney Dan Newlin was accepted to law school and proudly attended the Florida State College of Law, where he graduated in December 2000. Attorney Newlin is proud to be licensed to practice law in both Illinois and Florida, where he maintains offices providing expert and outstanding legal services helping injury and accident victims. 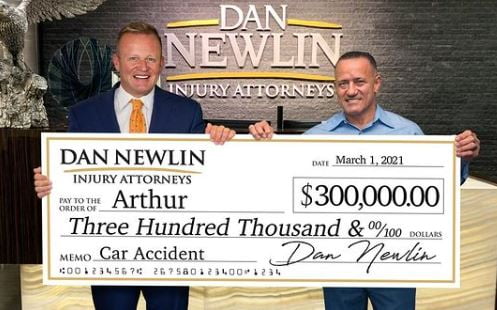 Attorney Dan Newlin began practicing law in Orlando, Florida, 19 years ago with one secretary in a small interior office, previously a broom closet.

Dan made an early name for himself as a relentless advocate for his clients, literally working day and night for justice, obtaining a record setting $24 million dollar verdict for the family of a slain Orlando police officer and a $2 million dollar verdict on a case which was turned away by a lawyer from large law firm.

He is credited with recovering over $1 billion dollars for accident and injury victims and has represented over 10,000 people from all over the state of Florida.

Newlin spent most of his childhood with his siblings and family members in the state of Florida, he is of the Christian Religion.

Another aspect of his personal life, is that Dan Newlin is a divorcee and a proud father. Is not clear if at the moment he is currently single or has remarried. He prefers to keep tight lip about his personal details. 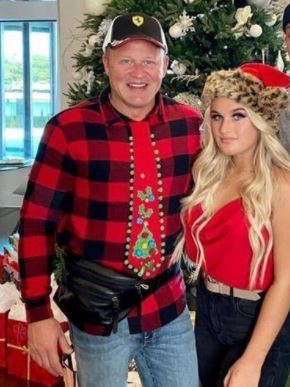 Dan Newlin wife has not been revealed. He used to be married at some point but got a divorce. He referred to his ex-wife and daughter back in 2016 when he paid for a house for them saying

“I decided to purchase this other house so my ex-wife and daughter could move from Clermont, and be walking distance from my house in the coming years while my daughter is in school,”

“I let my ex-wife select the house, and we look at it as a six- to seven-year investment, with an agreement to sell the home after my daughter graduates high school. I see the bigger investment as being in my daughter and family.”

While working as a detective, Attorney Dan Newlin received numerous awards for going above and beyond the call of duty and was recognized for his outstanding service by the United States Justice Department and the United States Marshall’s Office.

Dan Newlin Injury Attorneys has been voted Best Law Firm by the Orlando Sentinel and Orlando Business Journal.
Attorney Dan Newlin is recognized as a National Trial Lawyer and by Super Lawyers for his achievements.

Attorney Dan Newlin is a nationally-recognized expert personal injury attorney. Mr. Newlin has successfully helped over 100,000 injury accidents victims and is one of the few attorneys in the world who has led a law firm in recovering over 1 billion dollars for injury and accident victims. Mr. Newlin prides himself on his winning record and always providing exceptional personalized service to his clients.

A quick glance at his social media, and you can quickly tell that among Dan’s hobbies are, working out and keeping in shape. He has shared several photos of him hitting the gym. 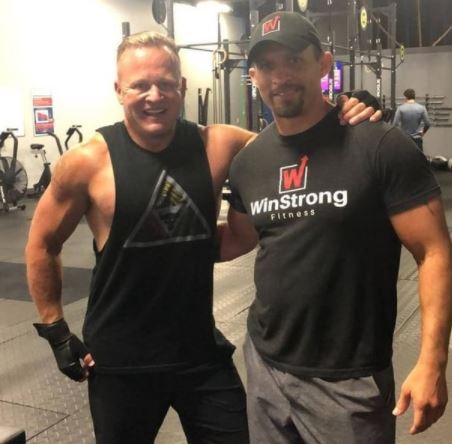 “If you’ve been involved in an accident or lost a loved one of no fault of your own I would be personally honored to be your champion. I promise that I will do everything possible to win your case and bring you and your family the compensation and justice you deserve. Call my office now and let my team and I get started to help you.”

One group of people we will always support, not just me, my law firm, they are the United States Marines and all its members.

We could never, ever, forget that we will not be here enjoying this fine city of Orlando if it wasn’t for our united states military.

With the kind of fame and success Dan Newlin has experienced, lessons that be drawn include; 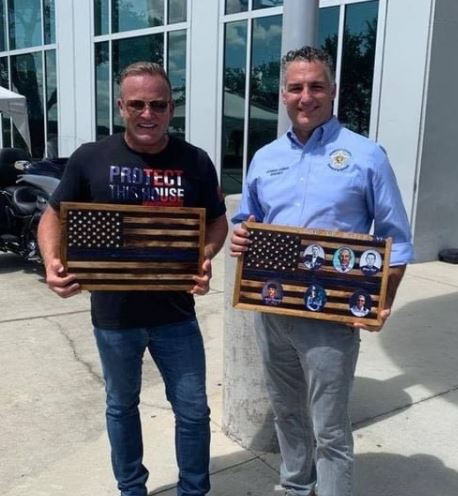 Acknowledge the hard work of others: Dan Covid-19 thanks “My family and I would like to send a heartfelt thank you to all our health care providers, medics, doctors, nurses, and first responders. You are risking your lives like never before to save others, you are the true heroes of the world, and because of you we will go through this and come out stronger”

Have passion for what you do: Dan Newlin’s success story was due to the fact he excelled in his various endeavors, even as a patrol officer, a detective, and more predominantly, as an injury attorney. The man is passionate about his work and always gives the best of himself.

Go after your goals: Dan Newlin’s career did not start as an injury attorney, that was a decision that came up along the line, hence he was brave enough to follow through his goals.

Where does Dan Newlin live now?

Dan Newlin has been a Florida, Member in Good Standing since 2001 and currently stays busy doing what he does best as an remains active and authorized to practice law. He and his family are longtime Florida residents.

Where can I find Dan Newlin on social media

Dan Newlin is all over social media, he keeps active in most platforms including

Dan Newlin is on Instagram where he has over 6k followers. 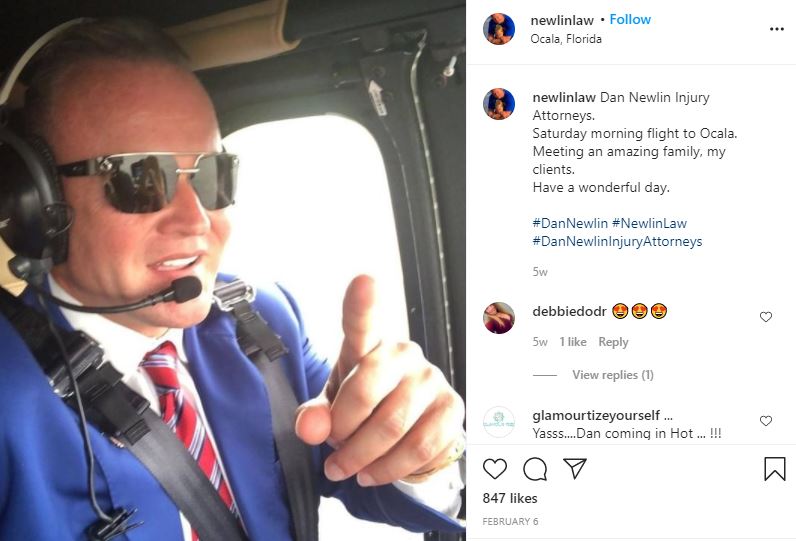 Dan Newlin has a Facebook page with over 15k followers.

Dan Newlin can also be found on Twitter, where he has 2,891 followers. 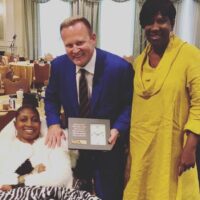 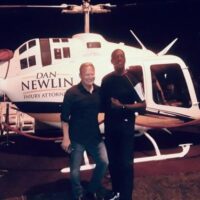 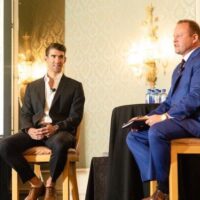 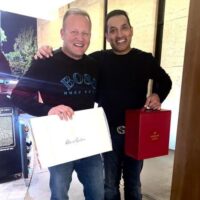 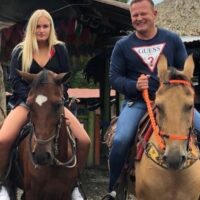 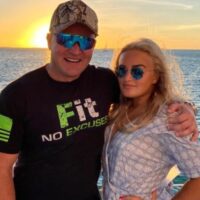 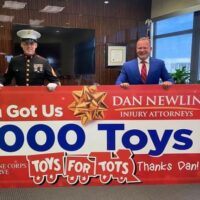