As Zoom becomes more and more popular so its his founder, Eric Yuan who has made millions this month alone with a significant demand increase.
Not everyone is suffering the financial and economic consequences that a pandemic usually brings. For instance, Eric Yuan bagged millions earlier this month after he saw a surge in his now popular app Zoom. The deadly coronavirus and its social distancing rule has forced millions to recur to the cloud based app which allows virtual conferences and web meetings.
From business conferences, college courses and even children’s playgroups and classes; just about everyone is using it in order to stay away from one another.

This has resulted in Yuan’s net worth being pushed for at least two billion! According to Fortune, Yuan who began the year unranked, is now at No. 274 of the world’s 500 richest people list, with a $5.6 billion fortune. 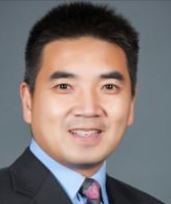 Born in China, Yuan who is currently based in Silicon Valley; is said to have first envisioned the idea for Zoom after he saw himself traveling 10 hours to see his girlfriend while they were college students in China.
The story goes that he was denied a U.S. visa at least eight times before he finally made it to US soil back in 1997. He attended Stanford University.
At the time, though he wasn’t fluent in English, he was fluent in writing computer code -which got him his firts engineering gig with videoconferencing software company, WebEx. Ten years later, he became Cisco’s Corporate VP of engineering after it took over WebEx for $3.2 billion.
In 2011, he decided to take the idea of Zoom to reality, and his new venture was officially launched in 2012. The rest is history.

On the personal front, turns out, Eric Yuan’s college sweetheart became his wife. She must be a special lady since Yuan took a 10-hour train trip to see her.
His wife is also a Chinese native. However, it seems his wife is very low key and enjoys her privacy as not much can be found about her.