You probably recognize rapper Alejandro Coranza by his stage name, Ogheesy. The Los Angeles native who grew up listening to 50 Cent and Gucci Mane; needs little introduction these days.

He has been active in the music industry for a few years now, the young rapper is best known as a member of the group, Shoreline Mafia.

Today we want to go deep into Ohgeesy’s personal details including who his girlfriend is, what’s his net-worth and much more.

Ohgeesy along with Rob Vicious (Robert Maggee), Fenix (Fenix Rypinski), and Master Kato (Malik Carson) came together as Shoreline Mafia in 2012. However, they weren’t officially formed until 2016.

He first met Fenix while doing graffiti in California and began making music around 2012. They were later joined by Rob Vicious and Master Kato. The quartet produced music for several years, however, they did not become an official rap group until 2016.

Their first full-length mixtape, ShorelineDoThatShit, dropped in November 2017, took five weeks to record, and gained a huge online following very quickly.
They are popular for songs such as “Nun Major,” “Whass Da Deal” and “Bottle Service.” The band saw their profiles bolster up the hip-hop ladder in 2018.

Since then, Ohgeesy and the other members have achieved overnight success and fame with millions of followers around the world.

Currently, the group only consists of three of the original members. Founding member, Fenix Rypinski aka Fenix Flexin left the group earlier this year. He made the announcement back in April, following the release of the band’s album, Mafia Bidness. 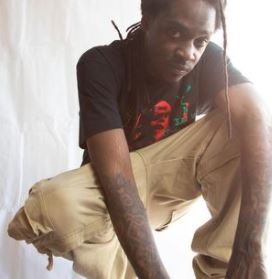 Rob Vicious was born Robert Magee on September 26, 1997; he is a native of South Central Los Angeles.

The 23-year-old achieved fame as a member of the hip-hop crew Shoreline Mafia. The rapper worked as part of Shoreline to produce the group’s debut mixtape, ShorelineDoThatShit. Released in November 2017.

His full-length solo debut, Traplantic, was released on Atlantic Records in 2018. He released his second solo project titled, Breakthrough in May of 2020. His sophomore effort has been described as a blend of his roots and other styles that include trap. 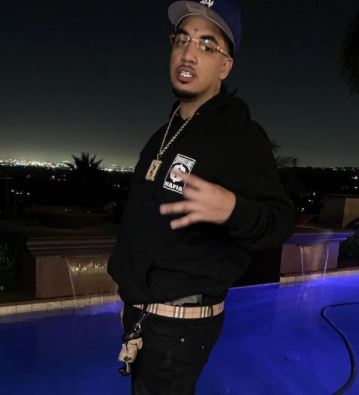 Flexin met Ohgessy connected through MySpace around 2012. A the time the two began experimenting with music. Two years later, they were joined by Rob Vicious and Master Kato.

According to AllMusic, Fenix is credited as a composer in several of Shoreline Mafia’s works including Fell In Love, Party Pack, Vol. 2, and Mafia Bidness. 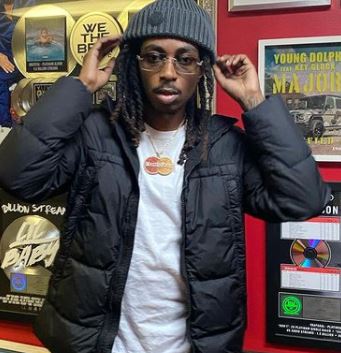 Rapper Master Kato was born Malik Carson on October 14, 1994. The 26-year-old actually hails from the South Side of Chicago, Illinois. He made the move to Los Angeles, California at the age of 11.

Kato was first attracted to music during his sophomore year in high school. Rumor has it that at the time he had been kicked off his high school basketball team.

Ohgeesy felt a passion for rapping at a young age and eventually decided to pursue it as a profession. Like many, he kicked off his music career via SoundCloud, and eventually, Shoreline Mafia was born.

Today, Ohgeesy and his hip-hop group are widely known in the rap scene. In addition, he’s also performed at Billboard’s Hot 100 music fest alongside headliners DJ Snake and Future. Ohgeesy has since amassed over 1.2 million followers to his Instagram account.

Last year Ohgeesy, made headlines after he being kicked out of Disneyland following a gun threat.

Reports per TMZ said at the time, the rapper and his entourage were at the park in Anaheim, and they were all in line for the Indiana Jones Adventure ride when mayhem broke down. Apparently, one guy associated with Ohgeesy was really irritated and allegedly threatened a ride worker.

Alejandro Coranza aka, Ohgeesy was born November 27, 1993. That would make him currently a 27-year-old man.

Ohgeesy who describes himself as “a momma’s boy” is believed to be about 1.70 meters tall.

According to several sources, Ohgeesy has made quite well for himself. As of this year, his net worth has been approximately calculated to be, around 1 million.

Ohgeesy has been described to have Latin roots. He is of Puerto Rican descent.

The rapper became a dad last year. So who is rapper Ohgeesy’s girlfriend? We have all the details.

He and his girlfriend and now baby mama, welcomed a son who goes by, Juelz, in March 2019.

At the time, Ohgeesy shared a couple of photos of him with his newborn, Sincere Juelz Karin Carranza. At the time he covered his child after superimposing a puppy emoji over the baby’s face. Nowadays, Juelz and his mother, are both often featured in Ohgeesy’s social media.

The proud parents seem to be super tight, they often share lovey-dovey snaps. That said, Ohgeesy has kept the identity of his lady under wraps. They are so secretive about their relationship that some say they are currently married. However, they have never confirmed their status. 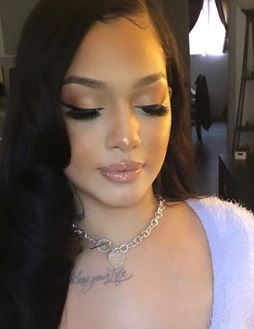 A little digging and Sincere’s mother has been identified as Instagram model Allure, her handle on Instagram is Allurexnu. The alleged couple has kept the current status of their relationship private. Allure has over 67k followers on social media.

Allure whose real name has yet to be confirmed is super active on her social media platform. In addition, the curvy lady and mother of one has her own YouTube Channel. But that’s not all, Allure isn’t just a pretty face, she is apparently a businesswoman as well. Allure has her own online shop called hellawavexminimafia.co. According to the shop’s social media account, she is into the fake lashes business.

Since achieving recognition, Shoreline Mafia toured extensively the whole country, performing in iconic venues such as The Shrine auditorium in Los Angeles.

In early April 2020, Fenix Flexin made a shocking announcement via Twitter, saying he would be leaving the band following the release of their current album.

During an interview earlier this year Fenix Flexin spoke about why he was leaving the group. The rapper argued how he felt like he was being left out of a lot of important decisions. He also went onto express that he needed “stuff to happen more consistently and fast”. He said:

“I always put the group first, but it’s so easy for a group to fall apart if not everybody is on the same page and are working towards the same thing.”

Fenix made the announcement just days before Shoreline Mafia affiliate, Mac P Dawg, was shot to death in Los Angeles.