Melinda Trucks is the widow of drummer Butch Trucks, her husband best known for his association with the Allman Brothers Band.

The couple were married for 25-years prior to his death of an apparent suicide on January 24, 2017. It was Melinda Trucks who made the 911 call. Butch Trucks was 69.

Melinda’s husband was born Claude “Butch” Trucks on May 11, 1947. Butch was an original founding member, and drummer, of the Allman Brothers Band and performed on many of the bands classic albums.

Along with the band, Butch enjoyed great success. The Allman Brothers had three platinum albums in a row, followed by handful of gold album. He played with the band all the way until they disbanded in 2014. He was considered by Rolling Stone magazine as one of the top 10 drummers in rock history.

In 2015 he formed the Butch Trucks and The Freight Train band -receiving rave reviews for their fantastic live shows from their four US tours.

At the time of his death, Butch was said to be experiencing financial problems. He is survived by his wife Melinda Trucks, four children and at least four grandchildren.

Trucks was married to Melinda Trucks, with whom he had two children, for more than two decades. He also had two children from a previous marriage and four grandchildren.

Melinda Trucks was a devoted wife and mother. She traveled with Butch due to extensive touring engagements.

But Melinda Trucks is much more then the wife of a famed musician. She is an acclaimed artist. 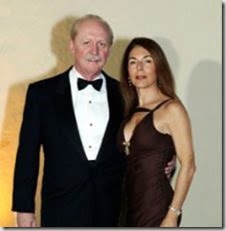 Melinda was born in Knoxville, Tennessee and raised in the heart of the Great Smoky Mountains. She’s had at least two one-woman shows, and has exhibited at the Ritter Art Gallery at Florida Atlantic University in Boca Raton, the Boca Raton Museum of Art and the Museum of Art in Fort Lauderdale.

She maintains a studio in Sauve, France.

Melinda has also served residencies at the Atlantic Center for the Arts in New Smyrna, FL.

She holds a B.S. Art Education from the University of Tennessee, College of Fine Arts. She earned a master’s degree in painting at Florida State University in Tallahassee.

According to the Allman Brothers Band website, it was Melinda’s uncle who ignited her love for art.

She is the mother of Butch younger children, Elise and Seth Trucks. (Both pictured below next to their father.) 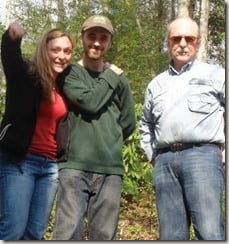 42-year-old Seth Truck resides in Delray Beach, Florida. Elise Trucks 38, studied art at Columbia University graduating in 2007. She also has a doctoral degree from SUNY Binghamton. Elise worked as a counseling assistant at a Palm Beach treatment center.
She’s worked as a graduate teaching assistant and as a Adjunct Professor at University of Tampa. She is currently an adjunct professor in the University of Tampa art department.

In 2012, she tied the knot to John French. Her husband is a Navy vet and an information technology specialist. He currently serves as digital operations manager at the Tampa Bay Times, formerly the St. Petersburg Times.
The two bonded through similar childhood experiences. John drank to escape a difficult childhood; while Elise struggled with substance abuse which began at 14. However, when the couple met, they both had been in recovery for years.

John popped the question using a word puzzle he composed in a jewelry box holding a heart-shaped diamond. “A year to the day of going out for tea.”

Melinda’s husband Butch Trucks, was also the father of two children from a previous marriage. His oldest children are Melody and Vaylor Trucks. (Pictured below) 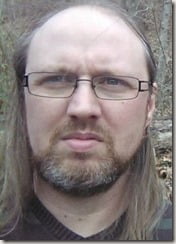 Melody is a Jacksonville, Florida resident. She is also into music according to her social media info.

Vaylor Trucks is a multi-instrumentalist and composer and is known as a member of Bonobos Convergence, and the Yeti Trio with a sound that covers jazz, funk, and rock.

It is believed that Melinda Trucks in currently in her 70’s.

Between the 1969 self-titled debut and their last official studio album, 2003’s Hittin’ The Note, The Allman Brothers Band went onto released 12 studio albums and six officially-released live albums.
In addition to their career-defining live set At Fillmore East in 1971, they also delivered countless collections of their legendary shows, which routinely lasted a few hours.

Speaking about the band’s songs is speaking about their legacy and history. Though the first two albums weren’t a commercial hit, their 1971 live production, At Fillmore East, is now considered one of the best live releases ever made.
But after the tragic death of lead guitarist Duane Allman in a motorcycle accident in 1971; guitarist Dickey Betts took on a larger role in the band’s musical direction.
The band moved on from their bluesier beginnings and towards a more southern rock sound.
From there they produced songs like “Ramblin’ Man,” from their fourth studio album and the group’s only top 5 hit on the Hot 100.

The band added another skillful writer in the 80’s with Warren Haynes entering the mix. It was Gregg Allman however, who remained the band’s main figure, and its most prominent songwriter.
Out of the band’s hefty repertoire, we have chosen 15 of their songs that are considered by critics, to be the most representative. Among the greatest Allman Brothers songs we have

“Jessica” released in 1973, is another of the most iconic tunes of the band. This song went onto become a radio staple back in the day, helping the band achieved critical acclaim and become a rock music reference.

Jessica is the brainchild of Dickey Betts, in its original studio version the tune is a seven-minute instrumental smash.
Its opening phrase is instantly-distinguishable and its structure shows off all of Betts’ melodic and songwriting prowess. Few could make seemingly endless instrumentals compelling throughout, while at the same time, avoiding repetition and aimlessness.

The rock and blues singer/songwriter and guitarist is believed to have left a net worth of $18 million at the time of his death in 2017. He was 69.

Gregg Allman was born December 8, 1947 in Nashville, Tennessee. The founding member of the Allman Brothers Band, began playing music in his teens along with older brother Duane.
He achieved success with the band in the early 70’s.
Allman made the charts in 1986 as a solo artist with I’m No Angel. He was inducted, along with the band, into the Rock and Roll Hall of Fame in 1995. Allman was also inducted into the Georgia Music Hall of Fame in 2006.

Grammy-award winning guitarist and songwriter Dereck Trucks is the nephew of the late Butch Trucks. He joined the Allman Brothers Band in 1990 and has enjoyed great success in his own right as well.
Derek Trucks was born in Jacksonville, Florida in June 1979. He founded The Derek Trucks Band and along with his wife Susan, also formed the Tedeschi Trucks Band.

The Derek Trucks Band formed in 1994 and released several albums including The Derek Trucks Band, Out of the Madness and Joyful Noise. Derek played for The Allman Brothers Band from 1999 to 2014.
along with his wife, he’s also released several albums, with the most recent one in 2019 titled ‘Signs.’
According to online info, Derek is considered to have a net worth around the 6 million dollars mark.