What exactly do we know abut Dylann Roof’s mother Amelia?

Amy Roof a  A.C Flora High School graduate got married to Charles Glenn Brown on June 30, 1984; the ceremony was officiated by Rev. Oscar Holland at Rosewood Baptist Church, the reception was at the Best Western Host in Columbia. Her husband Charles is the son of Paul Inman Brown and Carolyn Powell Brown of Gaffney.

From Mrs. Brown to Mrs. Roof

Charles Brown a construction worker who once worked with Southwest Drywall Inc subsequently moved to Florida, divorced Amelia between late 1986 or early 1987; that same year Amy, 29 at the time and a bartender at the Silver Fox met Franklin Bennett Roof, (b. August 13, 1962) then a muscular 25-year-old carpenter and the son of Columbia based attorney Carl Joseph Roof, 77, and Lucy Roof, 76.

Eventually Amelia became Amelia Roof when she got married Mr. Roof on February 20, 1988; Amy was at the time five months pregnant with their first child, Amber who was born on June 15, 1988.

Amy and Ben Roof split up in June, 1990; their divorce was  finalized a year later; however three years after that, they got back together, therefore Dylann was born. Amy Roof’s monthly income was about $1.780, she said her rent was $200, and spend $180 in food and other expenses. Ben was order to pay Amy $200 in child support for Amy, nothing was found about child support for Dylann. 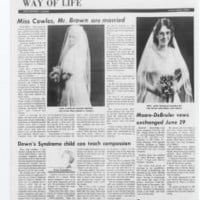 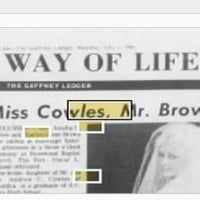 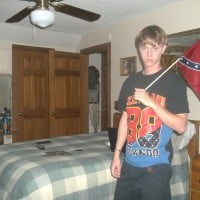 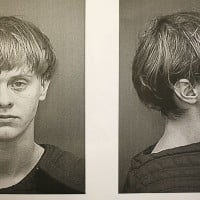