Teresa Heinz is the loving and supportive wife of democratic politician, John Kerry –who served most recently as the U.S. Secretary of State.

Teresa’s husband could be running for president in 2020 according to reports, this would be his second run for the top job after having run back in 2004 against president George W. Bush. He later became the final secretary of State to Bush’s successor, Barack Obama.

The former top U.S. diplomat admitted that he considered running for president in 2016, but eventually decided against it. Throuht his career, Kerry has had the support of his family, most importantly that of his longtime wife, Teresa.

Teresa Heinz –a businesswoman and philanthropist –was born in Mozambique on October 5, 1938 as Maria Teresa Thierstein Simões-Ferreira. According to a profile on the New Yorker, she was the middle one of three children. Her brother earned a degree from Cambridge, and her sister died in a car crash at nineteen. 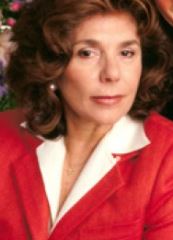 She attended university in South Africa where she earned a Bachelor of Arts in Romance Languages and Literature. In the early 60’s she made the move to the United States to work as an interpreter following her graduation from the School of Translation and Interpretation at the University of Geneva.

She became the wife of John Kerry in 1995. The two had met a couple of times before and began dating in 1993.

Teresa has been a strong advocate for the environmental movement throughout her career. She was awarded the Albert Schweitzer Gold Medal for Humanitarianism in 2003.