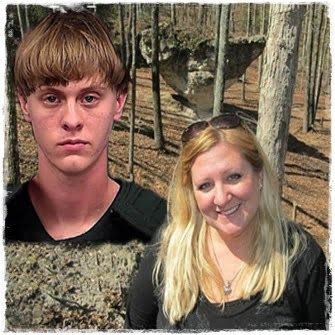 Paige Mann was the second wife of Franklin Bennett Roof, he is the father of Dylann Roof who shot and killed 9 people at a Charleston Church in South Carolina. Paige who is also the mother of Dylann’s half-sister Morgan is the closest thing he had to  parent.

41-year-old Paige Mann became the step-mother of then four-year-old Dylann and then 11-year-old Amber on November 27, 1998, they go married in Monroe County in Florida. Franklin Roof, 52 known as Benn owned a construction company and relocated to Charleston, SC.

Paige gave birth to her and Roof’s daughter Morgan in 2000, they moved to Florida not long after that. According to Paige and people close to her the children spend most of the time with her, she would take Dylann to  and from school, she took him and Amber to church and other extra curricular activities.

Her mom confirmed her statement..

‘Paige was there for Amber and Dylann on the occasions where their own (mother) chose not to be,

According to legal docs filed by Paige, Franklin became controlling and ultimately violent.

‘After we moved to Florida our marriage really began to deteriorate when Benn became so controlling.

‘He controlled my whereabouts, the checkbook and everything about my life.

‘On September 20, 2008, my whole world fell apart when Benn and I got into an argument. Benn violently pushed me to the ground and hit me in the back of my head.’

Paige left Franklin and moved back to South Carolina with her daughter Morgan, leaving Dylann with his dad.

Mrs. Hastings, suspected her son in-law had problems, but she wasn’t ready to see her daughter Paige covered with bruises..

Prior to the marriage, a pattern of control and mental manipulation was evident to me and many of (Paige’s) friends.

‘Having worked 30 years as a registered nurse and most of those years were in women’s health services, I am well acquainted with the signs of an abusive relationship. This is even more frightening when you see it unfolding in your own child’s life’.

She described how over the years she saw Franklin ‘isolating (Paige) from her friends and family’.

Her friends had a similar story about Paige’s marriage with Roof.

‘If he should make it home, I heard him making comments about her cleaning: “How long is that laundry going to stay in that f***ing chair?

‘Benn began to work out of town more and more, staying out of town for a week or more at a time.

‘Paige had the responsibility of their child Morgan and her two stepchildren.

‘Paige and Benn built a house and their living expenses became more exuberant. Benn questioned every penny Paige spent, even at the grocery store. I heard him question: “What did you buy for $200 at Food Lion?” and “Morgan’s shoes cost how much?”

‘It got to the point that Paige had to ask me for hand-me-downs from my daughter so she would not have to hear him fuss about spending too much money on shoes or clothes.

‘We had many play dates where Paige just cried because she felt so inferior, not trusted and just plain unhappy.

‘Benn did not even trust our relationship. He at one time accused us of being ********… it seemed odd to me since I know how truly selfless Paige is and what a kind heart she has.

Paige and Mr. Roof separated in December, 2008 and by February, 2009 the divorce was finalized, she got custody of Morgan- Franklin would pay $570 per month in child support.

Ben Roof was not over her just yet and hired a private detective from the Columbia based detective agent McKay Investigations to follow her.

Paige Hastings was by the time dating a guy named Scott McWhite, for  two  weeks the agency followed them everywhere. 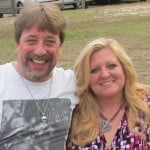 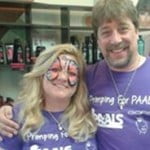 Paige who has been happily married to her husband Eric Mann since 2011, said that even though she had a traumatic experience from her marriage to Franklin Bennett Roof, he was a loving father.

‘He’s a good dad. His daughters love him to death. He’s not a bad person and he still goes to church on Wednesdays and Sundays’.

Paige Mann  is a hair stylist a salon in South Carolina, and resides in Columbia with her husband daughter and two step-sons. 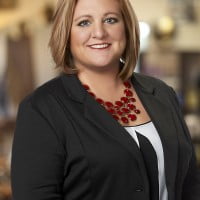 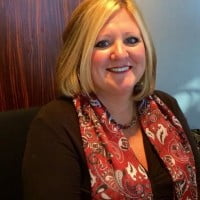 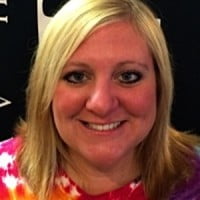 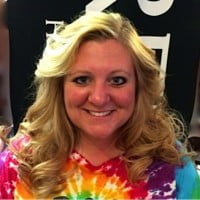 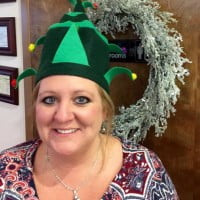 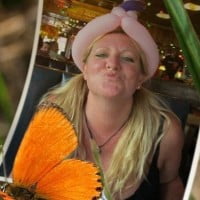 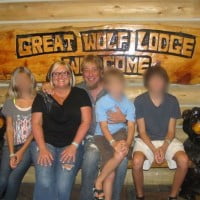