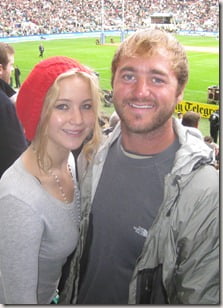 Jennifer Lawrence’s brother, Blaine Lawrence, was stalked and harassed in an attempt to get close to the actress by 23-year-old Han Cong Zao, who claims to be the second coming of Christ. The Chinese-born Canadian citizen allegedly left 200 voice mails on Blaine Lawrence’s cell phone, claiming he needed to protect Jennifer and saying Blaine had put her sister in danger because she was in Boston before the Marathon terror attack.

Then on April 18th, Cong Zao flew down to Louisville, where he left Blaine a threatening message, which said:

“I find you or you come to me. You got me really upset, when I am upset, wait and see what happens.”

Blaine Lawrence’s stalker was involuntarily hospitalized for psychiatric evaluation, after he went to the Indian Hills Police Department in suburban Louisville on April 19 and asked for the home address of Lawrence’s mother. 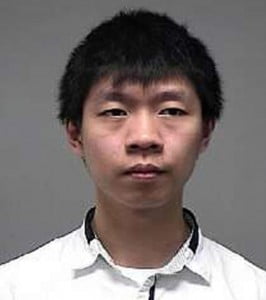 He was arrested on  May 7 after his release from the hospital and was charged on Monday with interstate stalking and harassment. He is currently being held on $100,000 bail in Kentucky. 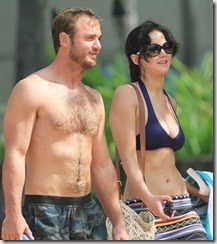 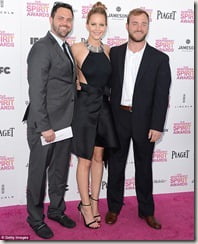 The actress’ handsome brother, Blaine Lawrence, graduated in 2004 from Ballard High School and then studied at University of Kentucky graduating in 2008. He works as Director in Camp Hi Ho, a summer day camp in the Louisville area where kids from ages 5-13 and are encouraged to make their own decisions and choose what activities to participate in.

Blaine Lawrence currently lives in Louisville. His parents are Karen, who runs the children’s Camp Hi Ho, and Gary Lawrence, who once owned a concrete construction firm, Lawrence & Associates. Besides his famous sister, he has one brother named Ben.