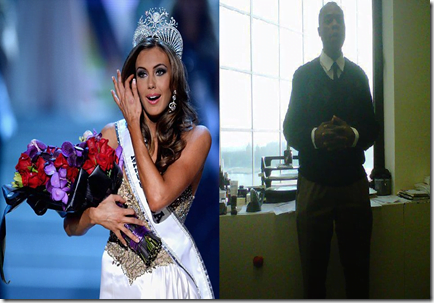 28-year-old Lanre Orimabogunje has been arrested after allegedly stalking the newly crowned Miss USA Erin Brady! The man from a resident from Brooklyn was arrested today after the New York Post wrote an article about him!

The guy clearly mentally unstable had been roaming around Erin’s apartment building and pageant headquarters in New York City. Miss Brady who was crowned Miss USA last June and was the first winner from Connecticut, is definitely feeling the downside of the crown already; the man apparently mumbled nonsense about Miss Brady’s crown and attempted to touch her head; to make matters eve creepier he told Miss Brady’s doorman that he had been ‘tracking her since she was born.’

Can you imagine what a terrifying experience, many celeb have gone through this trauma and can definitely get very intense. Luckily for Erin it would seem this nightmare is over! 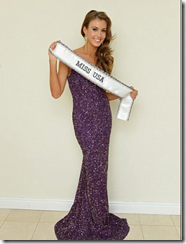 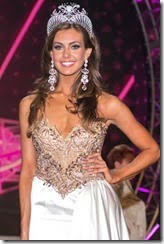 We found a a Facebook account that could belong to Erin’s stalker; according to the page it says Lanre attended Prospects Heights High School in Brooklyn, NY graduating in the class of 2004, he also attended UMUC in Adelphi, Maryland graduating in 2011.

Orimanbogunje who was born on April 04, 1985 was tracked down by officers to a Brooklyn homeless shelter after writing his name in a book near the pageant winner’s building. Even Erin’s grandmother, Theresa Brady witnessed her grandchild distress when they discovered Lanre had gone upstairs to the pageant winner’s floor in her building! An alarmed but cautious Erin who is finance and criminal justice graduate called police.

At the moment Lanre was busted authorities found he had a picture of the pageant winner in his pocket and would later make incriminating statements to the police! In his Facebook profile under “Likes” we can find he is very into the USA beauty pageants having liked not only Erin’s official page but also Miss New York USA Joanne Nosuchinsky, Miss Utah USA 2013 Marissa Powell and the Miss America organization official page.

We are certainly glad Erin can follow her busy schedule without breaking a sweat! She is due to get married to  fiance Tony Capasso next year and will compete in the Miss Universe pageant in Moscow, Russia on November 9.