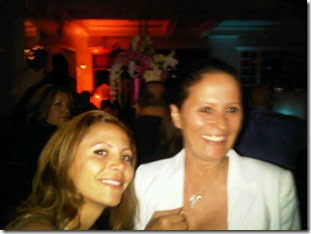 What a shock to learn former Bachelor contestant, model, Christian, just an angel and a true sweet girl according to those who knew her closely, Gia Allemand was taken off life support on Wednesday after she was rushed to the hospital by her boyfriend;  NBA player Ryan Anderson of the New Orleans Pelicans, who made the terrible discovery of her limp body hanging in her house Monday.

Anderson made the 911 call and Gia was taken to University Hospital in New Orleans but unfortunately her critical loss of brain and organ function according to doctors were just too much for Gia who ultimately succeeded in her suicide attempt. Her mother Donna kept vigil over her while at the hospital as well as Anderson and other members of the family during this devastating time.

She currently resides Lakewood Pennsylvania with her youngest son Dylan Micheletti. We can see a picture of Gia, her mother, her little brother Dylan and boyfriend Ryan below from a couple of years back. During Gia’s participation in season 14 of the Bachelor, Donna was said to be Gia’s best friend and gave Jake Pavelka a grilling questioning about his feeling for her daughter; Donna said no one in the family wanted to see Gia get hurt; let’s get to know Gia’s best friend and mother better. 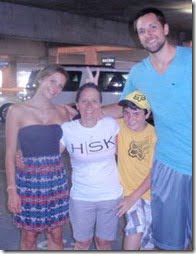 Donna Micheletti’s hometown is Queen, NY where she worked for the NYPD and is now retired. She attended Newton High School in Elmhurst, NY graduating in the class of 1976; she later went on to LaGuardia CC University in Long Island, NY; she is from the class of 1978.

The 54-year-old as well as all members of the family were all baffled by the news of Gia’s suicide, it is not clear if she left a note and no one saw it coming, according to media reports she was not depressed to the point of suicide. The maxim model and Bachelor Pad T.V star last twitter even showed her deep faith and beliefs, twitting on Sunday Prov. 21:3.

29-year-old Gia leaves behind her mother Donna, three brothers Justin, Erick and Dylan Micheletti and her boyfriend Ryan behind.

Our deepest condolences to the rest of her family.