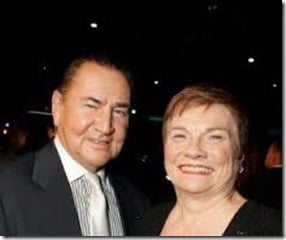 She is a graduate of the National Theatre School of Canada, at the 1965 Stratford Festival Karasevich became the first actress to receive the Tyrone Guthrie Award. Besides appearing frequently at Ukrainian concerts, she has performed at the Stratford Festival, the Manitoba Theatre Centre, and numerous other venues in Canada and the United States. She has written and staged two productions dealing with the Ukrainian experience in Canada; “Dreams” and “The Offering” which starred in the latter with her husband, August Schellenberg.

Unforutnaletly the talented performer has lost her partner and husband of years; after battling with cancer, Canadian Mohawk actor August Schellenberg who carved a niche portraying Native Americans on the big and small screens over a four-decade career sadly passed away on Thursday night.

The 77-year-old is survived by his wife, Joan Karasevich and three daughters. 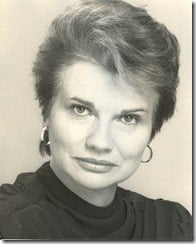 Pin
Mrs. Karasevich created the role of Anna in the stage production ‘Just a Kommedia’ (1984). She has also performed in films and on radio and television, including the role of Anna in The Newcomers, which dealt with Ukrainian immigrants in the 1920s. In 1975 she released a record of Ukrainian songs titled “Reflections.”

The Winnipeg, Manitoba native lived in Montreal with hubby until moving to Toronto where they lived until 1995. The couple currently lived in Dallas, Texas; where they made their home or the past 17 years. Her husband is best known for playing the Native American mentor Randolph in all three “Free Willy” movies, Karasevich’s husband also won an Emmy nomination for playing Hunkpapa Lakota leader Sitting Bull in the 2007 HBO mini-series, “Bury My Heart at Wounded Knee.” It was the third time that Schellenberg portrayed the famed Native American figure, a part which the actor called his favorite role.

The couple had two children together and in their free time enjoyed reading, cooking and most of all playing whit their grandchildren.

Our Deepest condolences go to Joan and the rest of Mr. Schellenger’s family.