Wells Adams is the hunky DJ currently competing for a shot at love in the ABC series of The Bachelorette. Adams is a 31-year-old contestant looking to fall for JoJo Fletcher in season 12,

Wells currently resides in Nashville, Tennessee; but is a Monterey, California native. He made the Nashville move to pursue a singing career so that fact, already makes us wonder about his reasons to be on the show.

Wells Adams already works in the music industry in Tennessee. He is as Assistant Program Director and Music Director for both 105.9 The Rock in Nashville and Alt 98.3, so that tells us he must have tons of personality!

He Majored in Broacast Journalism, and Minored in English with PR & an Emphasis in Blues Anthropology at the University of Mississippi from 2002 to 2007. Music is clearly his passion, he has been involved in radio since he was a teenager. He hosted his first radio show in High School at KSPB Radio Stevenson in California and continued in radio while at college.

Is not much of a surprise when contestants have some sort of link to the show. In Adam’s case, he has been friends with fellow Bachelorette contestant Nicholas Benvenutti for more than six years.

According to his ABC bio, he enjoys traveling, live music, playing the guitar, sports, and hunting, The 6’0” describes himself as being honest, witty, and competitive. He also reveals he would be the “party starter” instead of going for the “wingman” or the “laid back one.” 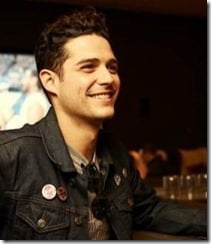 Wells Adams certainly has an adventurous and wild side, when asked what is the most outrageous thing you have ever done? He recalled the time when he did a great white shark cage dive in South Africa. But ladies don’t worry he does have a romantic side as he described his perfect date –which includes, “Otis Redding playing on his turn table.

Wells is definitely an animal person, but he has a thing against cats and pizza! But the thing that could be most appealing about him, is that he has a clear idea of his future, saying he sees himself “Syndicated, married with a couple kids” in the next five years.

Do we have ourselves our winner?