Deonne Dickerson and Michelle Gregg suffered the scare of a lifetime when the couple’s small son managed to fell into gorilla enclosure at the Cincinnati Zoo over the weekend.

Their four-year-old son was successfully saved, following the decision of the special zoo response team to take down the beloved 17-year-old gorilla.

Following the ordeal, Deonne Dickerson and Michelle Gregg have been greatly criticized by users; some even blame the couple for not keeping an eye on their child who found himself into the gorilla moat presence, ultimately causing the death of the endangered animal, in order to save Isiah Gregg’s life.

Michelle Gregg’s Facebook page is receiving plenty of heated comments. Many think is Michelle Gregg’s irresponsibility that cause the beloved Harambe to be killed in order to protect the life of the little boy.

The news quickly went viral after footage of Harambe dragging the little boy emerged but according to the Mirror, new footage shows what appears to be the “gentle giant” protecting the child rather than posing any threat. Now the couple is facing neglect charges over the incident in Cincinnati, Ohio.

32-year-old Michelle Gregg and 37-year-old Deonne Dickerson have four children together. According to reports, Deonne Dickerson, has a dark past with a lengthy criminal history with charges that go from burglary, firearms offences, drug trafficking, criminal trespass to kidnap. 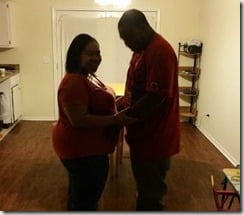 The Daily Mail notes, that Deonne Dickerson hasn’t been involved in any crimes in recent years and instead has been focused on work and family life. The couple welcomed their fourth child last year.

According to his Facebook page, he is an industrial worker at Industrial Sorting Services. He Atlanta, Georgia native, attended Cuyahoga Community College and resides in Cleveland, Ohio with his wife and children. 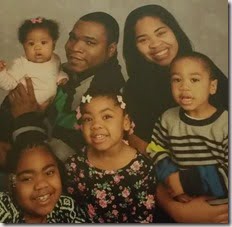 Michelle Gregg is an administrator at a Cincinnati pre-school and has faced heavy criticism after attempting to defend what happened by claiming that “accidents can happen.” She wrote on Facebook about the incident saying:

For those of you that have seen the news or been on social media that was my son that fell in the gorilla exhibit at the zoo. God protected my child until the authorities were able to get to him.

“My son is safe and was able to walk away with a concussion and a few scrapes… no broken bones or internal injuries.

Do you really think both Harambe and the child could have made it out of the situation alive? Even the Zoo director said they would have made the same decision looking back. Wouldn’t you like someone to make that decision for your child?