Virgil Williams is the writer/producer who allegedly got into an altercation with actor Thomas Gibson.

According to reports, things got physical between the two and as a result, Gibson has been suspended of the show. Gibson is said to have kicked Virgil Williams.

Virgil Williams and Thomas Gibson allegedly got all worked up while on the set of the hit TV show. But as you might imagine, there is always a two way street in this type of stories.

Sources close to Gibson say Williams is anything but a nerdy writing. In fact, Williams is into boxing and also martial arts knowledgeable.

Recent follow-ups to the scandal, say Gibson’s alleged kick was more of a reaction to a possible threat; the thing is, Virgil and Gibson were having an argument and things escalated to the point where Williams made an aggressive move towards the actor.

He is described as having a super aggressive and up-front attitude, always making sure everybody on set knows he is trained as a boxer and also practices martial arts. 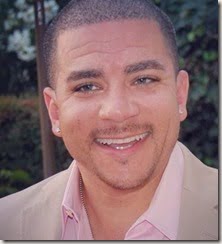 Virgil Williams is a screenwriter and producer. The Chicago native is also a big sports fan. According to his IMDb page, he also worked as a producer and writer for Criminal Minds (2005), ER (1994) and The Chicago Code (2011).

According to online info he joined the writer staff of Criminal Minds, for which he wrote ten episodes so far and now holds the rank of a co-executive producer.

During an interview he revealed he was a child actor and also told how he got in the business saying:

I got cast in The Blues Brothers when I was 8! That’s really when it started, that’s when a light sort of went on inside me and I knew I wanted to be in and around movies. But writing? I really had always written…supported by comic book reading- I have to say that I really learned how to write visually from comic books. More of a Marvel with these great, flawed characters, characters with problems you know – Iron Man had a bad heart, Wolverine was 5’3 (unlike in the movies)…. They had faults, and it was something I connected to. But my first job – I guess it depends on how you look at it but it was in many ways as a Writers PA on Lois and Clark – that’s where I really found TV writing.  But my first job technically as a pro writer was on 24… And no, I did not study writing.  I went to USC , but got rejected from the film school.…getting rejected from film school was the best thing that ever happened to me.  Because it forced me to go out and get internships.  And my internship at Orion Pictures changed a lot.  And when I was a student and then fresh out of college I had NO money.  But Writing was free. All you need is pen and paper, and I could afford that.

So, who do you think threw the first punch? Are these two acting like children?