Vincent Bordini of North Carolina says in his lawsuit Earl Phillip pointed a loaded gun at him and threatened with blowing off his knee cap.

Earl Phillip, the then North Carolina State Director, allegedly pulled a gun on him. Basically after the incident Vincent Bordini made a complaint but it wasn’t taken seriously.

Now the Software staffer is taking action on his own. He filed a civil lawsuit Wednesday in a North Carolina court against the Trump campaign and recent state director Earl L. Phillip. The lawsuit alleges assault and battery, seeking monetary damages for emotional distress.

41-year-old Vincent Bordini was an avid Trump supporter before the incident. He worked for three months on the campaign as a software trainer.

Bordini claims out of nowhere, Phillip pulled the gun and dug the barrel into Bordini’s knee, keeping his finger on the trigger as he drove.

According to the suit, Bordini said Phillip only removed the gun when he said “What the F*** are you doing?” He then put the gun away as if nothing had happened and never said a word.

The incident which took place back in February was allegedly dismissed by team Trump. 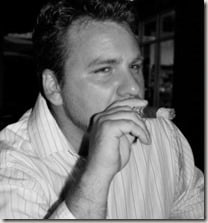 Vincent Bordini is the founder of a web development company who worked at the Victory Office helping secure the election in 2008 for McCain/Palin.

In the lawsuit he says, when he was hired for the Trump Campaign, he was told he could most of the job from home but Phillip demanded he be present at all times.

Vincent Bordini is a Charlotte, North Carolina resident. He says about himself on Twitter “Dad, blogger, Bane of the Intertubes”