Irvin Noak has been identified as a retired police officer who did the unthinkable over the weekend. Noak allegedly shot his two sons and later turned the gun to himself following a family fight!

Police is investigating after they received a 911 call to Fox Glove Circle in Bellport, only to find the men in critical condition.

Early reports say the shooter got into a verbal argument while at a party with family members. It is believed his two adult sons allegedly intervened in the fight before the elder Noak, retrieved a gun from his bedroom and then shockingly shot at them.

Irvin Noak and his sons identified as 30-year-old Irvin Noak III and 22-year-old Aaron Noak, all lived together in the same Long Island home.

All three were  taken to Brookhaven Memorial Hospital Medical Center in East Patchogue. 61-year-old Irvin Noak was pronounced dead shortly after arrival. His sons were admitted in critical condition. 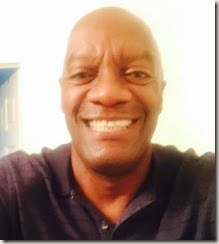 Noak attended John Jay High School graduating in 1972. He went on to attend John Jay College of Criminal Justice. He is described by media outlets as a retired NYPD detective. He joined the NYPD in 1982 and retired in 2009 after 27 years of service, police said. You can check out his LinkedIn here.

Irvin Noak III can be seen in a number of pictures along with his mother –who is of from Dubi, Rajasthan, India –on his Facebook page. 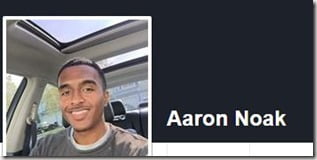 According to Aaron Noak’s social media info, he graduated from Bellport High School in 2012.

Irvin Noak’s daughter, Shakira Sanders –formerly Noak –was in the Army from 1999-2003. She studied at Pima Medical Institute.

There were other family members in the home at the time of the shooting but no one else was injured.