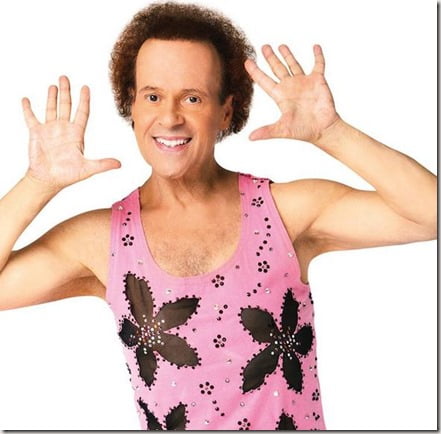 Beloved fitness guru Richard Simmons, who can be easily recognized in LA by his bushy hair and trademark exercise shorts and tank top, has been missing for most of the year!

Simmons who fights the fitness battle with humor and enthusiasm is said to be behind close doors and is he telling visitors to go away and not returning phone calls!

According to TMZ he was last seen in early January which has everybody wondering, what’s going on with the ever bubbly 66-year-old?

Media reports point the problem to a knee surgery he’s been postponing and has led him to be paralyzed with fear!

Read below more about him! 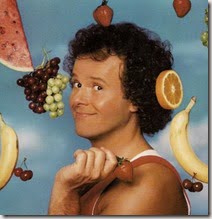 Growing up in the French quarter of New Orleans, where lard was a food group and dessert mandatory, Richard weighed 268 pounds when he graduated high school. His own struggle with weight loss led him to find his passion in life.

#2 His real name is not Richard 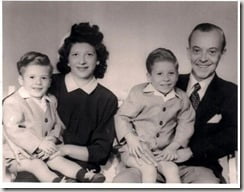 Born Milton Teagle Simmons, to Shirley May (née Satin) and Leonard Douglas Simmons. According to Wikipedia he adopted the name Richard after an uncle who paid for his college tuition. 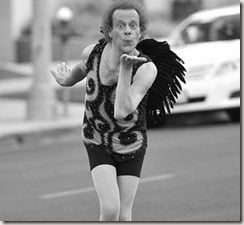 In the 80’s Simmons was famed for his attention-grabbing behavior, the fitness instructor rose to prominence for his quirky weight-loss videos and TV appearances. Simmons sold pralines on New Orleans street corners where he learned to charm and entertain his customers. After trying everything from bizarre diets to laxatives, Simmons took control of his weight by adopting a lifestyle of balance, moderate eating and exercise.

#4 Creator and founder of Slimmons Studio 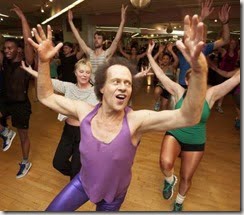 Simmons continues to run the Beverley Hills exercise studio, called Slimmons Studio, that he established in 1974. There was no significant fitness movement in this country at the time, and to no avail, Simmons attempted to find a health club that wasn’t for people who were already in shape. After traversing LA, and unable to find a facility welcoming people of all shapes and sizes, his only alternative was to create that safe haven.

#5 He’s contributed to the weight loss of millions 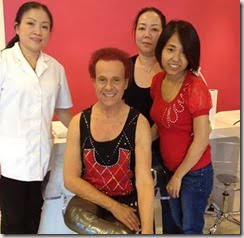 According to his official website, Richard has helped ‘millions of overweight men and women lose more than three million pounds’ with his 65 fitness videos and nine books. 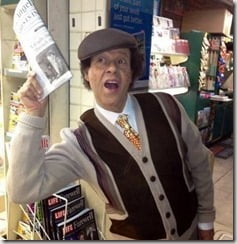 Simmons’ success as a fitness expert led to numerous local and national television and radio appearances including a four-year run on “General Hospital”, followed by his own nationally syndicated series, “The Richard Simmons Show”. The show ran for four years and received several Emmy Awards. 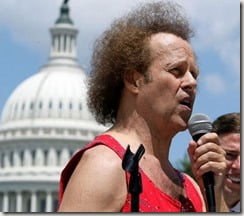 PinWhether it’s a women’s expo, a nursing home, a high school, children’s hospital, shopping mall or corporate seminar, Simmons considers himself fortunate to come face to face with hundreds of thousands of people each year. Concerned about the financial impact of obesity in the workplace, several executive organizations have recently invited Simmons to speak to their members about ways to encourage their workers to lose weight.

#8 He had a knee replacement surgery already 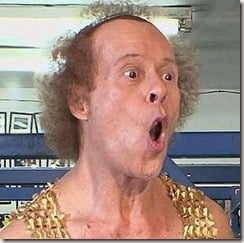 Simmons had a right knee replacement 4 years ago and he put off the surgery for nearly a decade. Sources close to him say doctors told Richard he needs a left knee replacement and if he doesn’t get one he will never be able to exercise again. 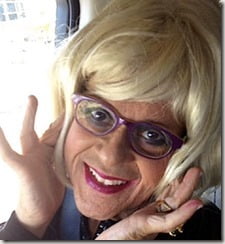 While his sexual orientation has been the subject of much speculation, he has never publicly talked about his sexuality. He lives alone in the Hollywood Hills accompanied with his dogs and maid. 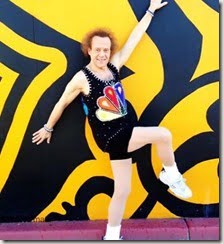 Since his 80s heyday Richard Simmons has constantly sought to regain his faded fame. In 2011, the fitness guru had Dancing With The Stars viewers talking about his seemingly slimmed down build, his smaller frame sparked speculation that something was awry.

Media reports indicate, his friends and business associates don’t believe this is just a knee problem, they think the massive state of depression that has made him a shut down for almost the entire 2014,  it’s more serious. What do you think?