Tiffane Lara, the wife of reality star Tony Lara. Reports say her husband sadly passed away at age 50, the Discovery channel star –who appeared in the TV show “Deadliest Catch” –died in his sleep.

According to E! Lara was attending the Sturgis motorcycle rally in South Dakota at the time of his death and was staying at a private home when he was found unresponsive over the weekend.

Tony was know as a ship captain on Discovery Channel’s Deadliest Catch, according to his bio, Lara ran his own freighting business and was a vet in the crabbing business. He worked on the boat for 10 years and then ran it during salmon tendering. He’s credited with knowing the “Cornelia Marie inside and out,” and helped build the boat when it was first outfitted for crabbing.

Online records show, his wife Tiffane was also in the business with him, she is found as a member in LARA MARINE TECHNOLOGY, LLC. In 2013, the couple “Involuntarily Dissolved” the business.

According to a LinkedIn profile, tiffane Lara has also worked in the industry with Icicle seafoods. 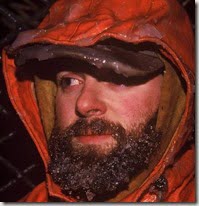 According to Tony’s LinkedIn profile he attended Klamath Union High School from 1979 – 1983 and Stanford University from 1983 – 1985. He is listed as the captain of F/V Cornelia Marie for a period of 9-years starting in 1991. He was also the captain of F/V Seabrooke and owner of both M/V Lazy Bay, LLC and Lara Marine Technology.

According to his public figure FB page, he was born on May 7, 1965; while on his private Facebook page he called Klamath Falls, Oregon his hometown.

It is not clear if the couple had any children together but they are both related to a, Kim Lara. At this moment authorities have no idea what was exactly Tony’s cause of death.

We send all of his family and friends our condolences. RIP