Jessica Colletti is a Pennsylvania mom who caused an online debate after posting a photo of herself nursing not only her son but also her friend’s toddler!

As a result of the controversial image, reports say Colletti has received a flood of support and criticism as well as a number of male friend requests!

Jessica posted the photo of her while both children are being nursed with the purpose to support National Breastfeeding Week. The mom –who can be seen feeding both her own 16-month-old son, and her friend’s 18-month-old son –told Mail Online her friend is very much on board and she calls the boys “milk siblings.”

26-year-old Colleti said it made sense to breastfeed both boys because she happens to be her friends babysitter, she captioned the photo:

‘I watch her son while she works and have been feeding them both for a year! So much love between these milk siblings, it’s a special bond between us all.’

The post received more than 500 likes along with both positive and not so positive comments. On her interview she revealed her friend and her son live with Colleti, her husband and child. Her friend’s son was apparently struggling with formula while being cared by a former babysitter, since her friend had to work and had no time to ‘pump’ she said it made sense to feed him in the same way she was already feeding her own boy; since then the boy’s formula issues were gone.

While some think it’s weird, Colleti says she is not surprised about the negative comments saying people is not well informed about “breastfeeding relationships.” Jessica says her friend trusts her and added ‘She knows I want nothing but the best four our boys.’ Though she keeps her stand, she has considered taking down image due to some users hassling her. 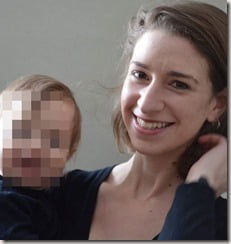 Jessica Anne Colletti is married to Ben Colleti -who is an IT Consultant at Greenthumb Computers. They tied the knot on December 16, 2013. Her hometown is Gibbsboro, New Jersey but moved to Philadelphia, Pennsylvania and currently lives in Bala Cynwyd, Pennsylvania.

She attended Eastern High School and is listed as a Petsitter/ Dog Walker for Creature Comforts Pet Sitting.