Meet 44-year-old Jennifer Bonjean, the mother of rising actress Winnifred Bonjean-Alpart –who starred in the in “****: The Play,” which ran at the NYC Fringe Festival in 2013 and got a four star review from Time Out New York.

According to reports, the teen –who recently graduated from Packer Collegiate private school and has found success in the entertainment world at a young age –was busted last summer for underage drinking at a party and now she and her mom are suing the city over the way she claims she was treated by police.

Jennifer’s says the arrest taught her “tough girl” something about how law enforcement can mistreat people.

Winnifred’s mother claims the two empty bottles of booze and Maryland driver’s license police found in her daughter’s purse was planted (at least the booze) and that her daughter wasn’t drunk, Jennifer says her daughter was ultimately arrested because she asserted her First Amendment rights –after her 17-year-old teen told other partygoers they did not have to show their ID’s to officers.

Even though charges were dropped her underage daughter still spent 18-hours in central booking. 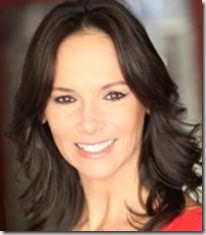 Jennifer is on to something here, in fact the lovely mom knows exactly what she’s talking about.  According to her LinkedIn she is the founder of Bonjean Law Group.

Her bio describes her as a seasoned attorney with extensive experience in criminal defense and civil rights litigation.

Jennifer grew up in Valparaiso, Indiana and received a Bachelor of Arts Degree in Music from De Paul University in Chicago. After college, Bonjean attended the Manhattan School of Music where she earned a Master’s Degree in Music in Opera Performance.

Bonjean’s life took an unexpected turn when she began volunteering for the women’s services division of the YWCA of Metropolitan Chicago. In her role as crisis advocate, she decided to attended Loyola University Chicago School of Law. While in law school, Bonjean quickly began to identify with the underdog, which in the criminal justice system is the accused.

She graduated law school in 1999 and worked at the Illinois State Appellate Defender’s office. She is a member of the New York, New Jersey and Illinois bars.