Sean Ward is the actor boyfriend of Georgia May Foote –who is currently a contestant in BBC Strictly Come Dancing.

Sean’s gal made it to the top-four and could become this year’s winner this weekend. Georgia is a 24-year-old English actress and model.

The English stunner has showed more than passion and dedication to her routines wowing the judges with her elegant ballroom and fiery Latin moves –alongside pro partner Gionvanni Pernice.

But not everything you see on the show is glitz and glamour. According to the Daily Mail, the 24-year-old is in constant pain during rehearsals.

According to BBC, Georgia was banished from ballet when she was younger because she had ‘naughty toes,’ opting for karate and hip hop instead. Who would have thought she is this close to win Strictly Come Dancing!

Georgia met her man, Sean Ward on the set of Corrie. They began dating earlier this year and have since grown really close.

According to the Mirror, Georgia –quit her role as Katy Armstrong on the soap earlier this year to pursue work in the US – just months after Sean, 27, joined the show.

Model and actor Sean Ward was born May 16, 1988 in Manchester. He is known for his role as Callum Logan in Coronation Street –which initially was only for eight episodes. Sean had his contract extended into 2015 and his final contribution to the show was the live episode in September to celebrate the 60th Anniversary of ITV. 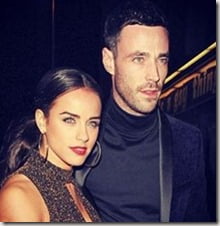 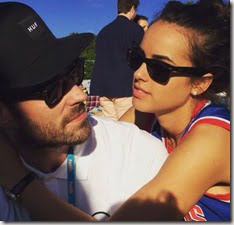 Sean Ward knew at an early age he wanted to pursue acting. When he was 12-years-old he convinced his mother to take him to an audition and ended up getting the role.

His roles on TV include parts in “Island at War” “The Bill” “The Royal” “Accused” “Doctors and Casualty.”

In 2009 he appeared in the film Awaydays as Robbie. For the next couple of years, acting roles dried up and instead he was an estate agent.

Soon enough and with a new agent in hand, the part in Coronation Street soon followed.

The former Corrie star, who bid goodbye to the cobbles earlier this year has grown super close to his gal, captioning in photos, “I have the best girl.” Can you hear wedding bells for this two?