The blonde fella is best known as one of the members of the massively successful boyband The Wanted.

Jay McGuiness, debuted with the band in 2010. The band has had major success all over the world, including two UK number one singles with All Time Low and Glad You Came.

Given the success of their second album, the band was put in the US map and Jay and his bandmates had t move to L.A in 2013.

Jay and the guys were featured in the reality TV show The Wanted Life on E! The series documented the boys as they recorded their third album, Word of Mouth, and prepared for a huge world tour.

Jay was born in Newark, near Nottingham in 1990, and from a very early age he loved to sing and dance in front of the mirror with his four siblings. He has a twin brother.

Following his passion for performing, Jay attended the Charlotte Hamilton School of Dance in Newark. Jay also attended the prestigious Midlands Academy of Dance and Drama in Nottingham.

One day in 2009, Jay decided to search for auditions in Google. He got two results back, one for a circus and one for a new band. After impressing pop impresario Jayne Collins he made it to The Wanted.

According to BBC, since The Wanted announced a hiatus after six years of whirlwind success, Jay has had time to concentrate on his hobbies, which include reading, playing console games, gardening and popping to the pub. He also loves animals, and even has a pet lizard.

Jay has plenty of experience in performing in front of thousands of screaming fans, but does he has what it takes to become the new champ? 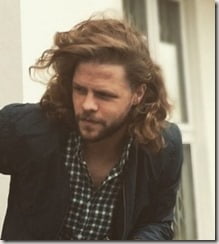 He is currently paired up with dancing pro, Aliona Vilani. Back in October, the dancing couple sparked rumors of a romantic relationship but Jay himself quickly set the record straight. He told media the Russian beauty is happily married. 31-year-old Vilani is married to Vincent Kavanagh.

So it all points out, the Wanted heartthrob is currently single.