John Vincent is the husband of English newscaster, TV and Radio host Catherine Beatrice Margaret, better known as Katie Derham. His 45-year-old wife is currently a contestant on BBC Ones’ Strictly Come Dancing and could take the crown home this weekend!

The BBC Proms presenter is dancing with the much-loved British professional Anton du Beke. Katie’s career in broadcasting spans over two decades. She has collected an impressive resume, including work on The Classical BRIT Awards, ITV News and Radio 3’s Afternoon on 3.

She began her career as a researcher on Radio 4’sMoneybox and Financial World Tonight. After winning the Bradford & Bingley Best Personal Finance Broadcaster Award for her work on Radio 5 Live’s Money Check in 1995, Katie soon moved from the airwaves to the screen, becoming a reporter on Barry Norman’s Film programme. Katie joined ITV in 1998.

But you already know everything there is to know about lovely Katie. Learn more about her hubby below.

John Vincent on the other hand is a restaurateur. He is the man behind Leon restaurants. According to Wikipedia, LEON was founded by John Vincent and Henry Dimbleby –who is the son of David Dimbleby with chef Allegra McEvedy. The brand was named after Vincent’s father, Leon.

Growing up, John Vincent always liked fast food. As an adult he would realized fast food wasn’t really good. He decided to change that and teamed up with Dimbleby to make fast food good for people. The Vincent-Dimbleby duo took the fast food industry by storm and have had great success since opening the first Leon in 2004. 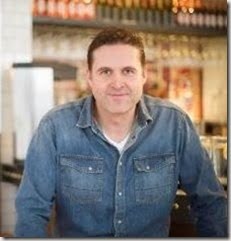 John Vincent is also the co-author of School Food Plan. In 2012 Henry and John were asked by the government to create a plan that would improve both the food eaten by school children and more broadly the food culture and food education in schools. The School Food Plan was published in July 2013.

John Vincent and Katie have been married for 16-years. The couple tied the knot in 1999 and are the proud parents of two children. John Vincent currently resides in the Sussex countryside with his wife and two daughters.

Do you think his wife has what it takes to become 2015’s SCD winner?