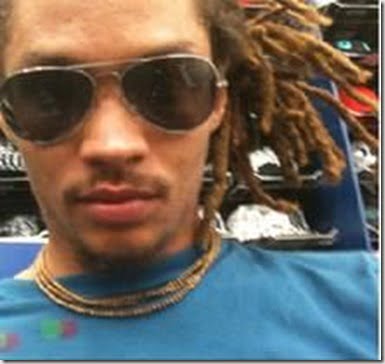 Meet Sean Sloan Kory, the new hot criminal! Since being a hot felon will get you places now a days, we might as well get to know the latest good looking criminal!

Ever since Sean Kory, did his thing and got arrested, his mugs shot has been compared with the one of Jeremy Meeks, the guy who got a modeling contract after his image was praised by women in social media a few months ago.

People are now wondering, what the future holds for Kory, could his bad boy attitude, ***** cornrows, green ayes and **** pout bring him the same luck? 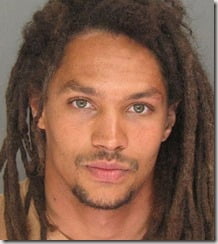 Oh yeah, and just if you are curious, what got Sean locked down? A racket tennis, and whole lot of hate for FOX News!

According to reports, Sean assaulted a man for the simple fact that he was wearing a Fox News reporter costume on Halloween. Kory allegedly grabbed the victim’s microphone and placed it down the front of his pants and proceeded to rub it on his crotch, according to Santa Cruz Police.

But the –almost funny –altercation didn’t end there. Kory also attacked the victim with an aluminum tennis racquet before fleeing as officers approached.

A short time later, he was jailed and identified as a Santa Cruz resident. 29-year-old Kory was dressed as “Serena Williams” hence the tennis racket. According to the Daily Mail, he was in downtown Santa Cruz when he allegedly went nuts on the innocent victim, and screamed ‘I hate Fox News’ before grabbing the microphone prop.

But Kory, who’s been on Twitter since 2011, has his own version of the facts tweeting

The racket hit the ground in front of the “fox news” reporter and he cried to the police. I was the acosted and thrown on the ground.

The news caster had no harm done to his person he was just offended so immediatly got the attention of the police.