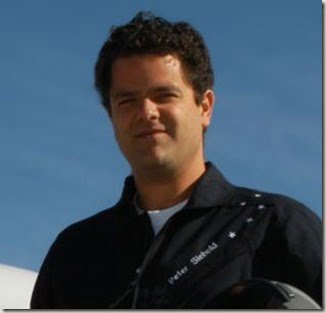 Meet 37-year-old Traci Siebold, she is the wife of 43-year-old Peter Siebold, the pilot who was injured during SpaceShipTwo crash on Friday.

October 31st, will be a hard day to forget for Traci and her family, that day her husband could have been the one killed and not his colleague. 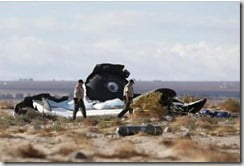 According to media reports, a statement was released by the Scaled Composites and it said Traci’s hubby, has been communicating with medical staff. It said:

“The Scaled Composites family lost a respected and devoted colleague yesterday, Michael Alsbury, who was the co-pilot for the test flight of SpaceShipTwo.

“Peter Siebold, the director of flight operations at Scaled Composites, was piloting SpaceShipTwo. He is alert and talking with his family and doctors.

“We remain focused on supporting the families of the two pilots and all of our employees, as well as the agencies investigating the accident. We ask at this time that everyone please respect the privacy of the families.”

Traci’s husband and father of her two children, has been identified as a native from Tehachapi where the family currently resides. The Kern County Sheriff’s Office says Siebold is being treated for injuries at Antelope Valley Hospital. Her husband suffered a shoulder injury. 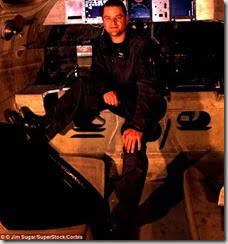 According to Peter’s Scaled Composites bio, holds a Bachelor of Science in Aerospace Engineering from California Polytechnic University, San Luis Obispo and has been working at Scaled since 1996. He was responsible for the development of the Simulator, Avionics/Navigation System, and Ground Control System for the SpaceShipOne Program.

Traci’s husband has over 17 years of flight experience, over 2000 hours in 35 different fixed wing aircraft, he earned FAA Commercial ASEL, AMEL, Commercial Glider, instrument airplane certificates and the list goes on. So what happened to her husband and his co-pilot on Friday? That is a question that may take over a year of investigation according to reports.

According to online records, Traci has lived in Mojave, CA; Gravette, AR; Pullman, WA; Rogers, AR; Bentonville, AR and Chancellor, AL. Her relatives include Barbara Siebold, Joseph Siebold and Nicolas Siebold. We send our prayers and hope Mr. Siebold has a fast and full recovery.