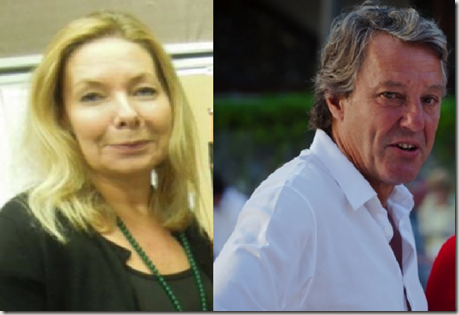 French Yan D’Auriol is reportedly devastated after learning the 53-year-old woman who jumped from the 15-story building at 414 Camden Dr. in Beverly Hills on Jan. 22 and later died has been identified by the Los Angeles County Coronor’s Office.  Sandra Nicole D’Auriol, 53, of Hong Kong, stood on the roof of the building for more than three hours while crises negotiators tried to talk her down.

Crisis negotiators tried to talk D’Auriol down, but she jumped shortly after 10 a.m., police said. She was taken to a hospital where she was declared dead, according to city officials.

On Jan. 23, THR confirmed D’Auriol was staying overnight under the care of notable facelift surgeon Dr. Brian Novack. She was reportedly supposed to be discharged to an after-care facility for further convalescence on Jan. 22. 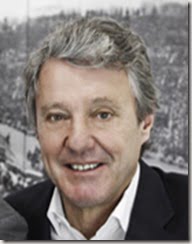 Frenchman D’Auriol has been based in Hong Kong for the past 28 years and runs a cosmetics business.

Yan and his brother Guy D’Auriol co-founded CGroup in 1985 – a company which engaged in the Supply Chain management of beauty and cosmetic products for premier cosmetics brands and retailers worldwide for over 20 years.

Yan is also a founding member of Leitmotiv Group. Prior to founding the Leitmotiv Group, they were both executive-directors of global supply chain manager Li & Fung – a company listed on the Hong Kong Stock Exchange – where they created and co-lead a new business stream, LF Beauty. Previously, Yan d’Auriol established L’Oreal in Hong Kong and supervised the group’s first joint-venture in China. He remained as General Manager of L’Oreal Hong Kong until 1985.

According to a 2008 publication, Yan D’Auriol’s world fell apart four years ago in Bali. His 12-year-old son, Teo, drowned in a swimming pool and the life of a budding tennis player was cruelly cut short. After the death of his son, Yan was inspired by his son’s passion for tennis and set up a tennis scholarship in his memory. Now, he is going through another devastating experience.

Yan’s lovely wife, had been staying under the supervision of staff at the Beverly Hills clinic of A-list plastic ‘surgeon to the stars’ Dr Brian Novack when she became ‘agitated and aggressive’ and threw off her clothing before running up to the roof of the medical building last Wednesday morning.

Mrs D’Auriol’s biography on the Child Welfare Scheme website says ‘she has been involved with CWS since 1999 and despite being a wonderful and busy mother of two, wife and friend, she always has plenty of time to help anyone in need.’

Such a terrible tragedy. RIP