According to the DailyMail Orlando  Bloom was spotted with a leggy blond woman at a L.A club on a date, the **** blonde was identified as Nora Arnezeder, the French actress who is reportedly married to Gerald Obeso? Wait whaaat??

Orlando Bloom and French actress Nora Arnezeder were allegedly on a date at the the Roger Room on L.A’s La Cienega before they were seen leaving on Orlando’s bike, both wearing helmets. Wait French girl, helmets, bike, sounds a bit familiar doesn’t it?? 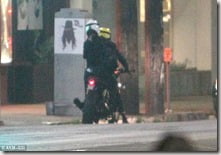 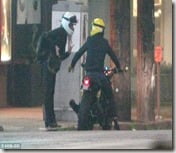 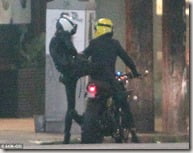 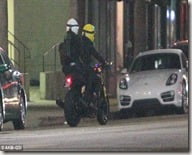 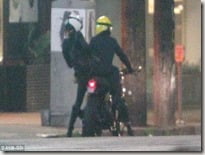 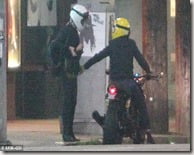 24-year-old Nora Arnezeder was born in Paris, France on May 8th, 1989 to Wolfgang Arnezeder (Austrian) Piera Schinasi Arnezeder (Egyptian), when she was growing up Nora moved from Aix-en-Provence, to Bali and back to Paris. Nora has one younger sister Lea, who is a student at the The Lee Strasberg Theatre & Film Institute in New York. 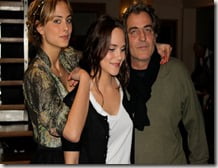 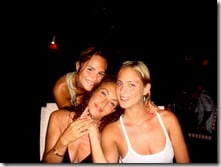 Nora was 21 when she had her big break in films as Douce in Paris 36, in 2011 she played Chloe in the  film La Croisiere, and starred as Varvara Valadine in 8 episodes of the television series Xanadu.

In 2012 she played Celia in The Words, Ana Moreau in Safe House  along Denzel Washington, Ryan Reynolds and Vera Farmiga; she appeared next to Elijah Woos in Franck Khalfoun’s film Maniac.

Last year she played Angelique Sance de Monteloup in the movie Angelique and this year she will be in Pascal Bourdiaux’s film Fiston.

So is Nora Arnezeder married? is this guy Gerald Obeso her husband? many sites claimed they got married in 2008, and all seems to be false, Nora is not married, I found nothing about a guy with that name that links to pretty Nora Arnezeder, so she is single or maybe she might not be for long. Do you think she is dating Orlando Bloom? they sure look hot together!!