Pat Harrington Jr., is best known in showbizz for his role as building superintendent “Schneider” on the CBS sitcom One Day at a Time –died on January 6 at age 86. Sally’s husband had been battling Alzheimer.

In addition to his iconic role, Harrington Jr. appeared on number of popular TV series throughout the decades. Among them we can mention: Alfred Hitchcock Presents; Murder, She Wrote; The Beverly Hillbillies, The Munsters and Curb Your Enthusiasm.

The actor is survived by his wife, Sally Cleaver, four children and four grandchildren.

Sally Cleaver married Pat Harrington Jr. in 2001, at the time he was 72-years-old. Her husband was previously married to Marjorie Ann Gortner. The marriage divorced in 1985, after 30-years of marriage. They produced four children. Sons, Pat, Michael, Terry and daughter Tresa Harrington –who shared the sad news on her Facebook page.

Son Patrick is an advertising executive. Second son Michael is an actor with credits in Theater; Terry is a pianist and composer. He is the CEO and founder at Evolving Spirit. Only Daughter, Tresa-Caitlin became a ballerina, whose credits include New York’s Joffrey Ballet. 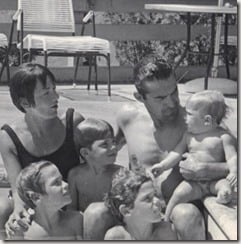 The New York native, followed into the acting footsteps of his father. He also served in the U.S. Air Force during the Korean War before pursuing his acting career.

According to his IMDb page, he received B.A. and M.A. from New York’s Fordham University.

The 50’s was a good decade for the young actor. He made several appearances on Jack Parr’s The Tonight Show, followed by a stint on The Steve Allen Show.

Later in his career, he landed roles in high-profile films and worked opposite Elvis Presley  and others. 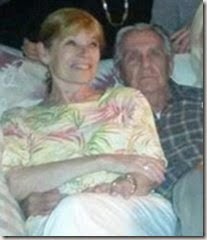 Sally Cleaver is a former insurance executive. She and Pat became husband and wife May 12, 2001 in Brentwood, CA. –after 16-years of his divorce.

We send our condolences to Sally Cleaver and the rest of Pat’s family, friends and fans.