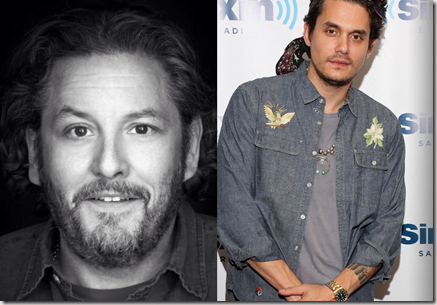 Robert Maron –President – Robert Maron, Inc. has been a watch dealer since 1982, but the 55-year-old former law student turned entrepreneur and one of the most influential, successful and well-respected dealers in the industry, earning a reputation for fairness, discretion, and integrity seems to be in a little predicament and singer John Mayer is questioning his reputation for selling him fake Rolexes!

TMZ reports say Mayer wants his money back for 7 pieces! But Maron is not backing down, his attorney says he will fight Mayer in court!

Let’s find out more about the alleged bogus dealer! Yikes! Robert Maron has bought and sold many of the world’s most exclusive and expensive timepieces. More than just a high-profile dealer, Mr. Maron is equally known throughout the world for his expertise in ultra-rare, high-grade and vintage Swiss watches.

According to his website, Mr. Maron is a graduate of Harvard University with a Bachelor of Arts degree in Humanities. It was while attending UCLA Law School during the early 1990’s that he first considered taking his hobby (and occasional occupation) of collecting fine vintage wristwatches to the next level-becoming a full-time watch dealer. During this period, Mr. Maron began actively buying and selling vintage wristwatches and the extra money earned from his part-time business helped finance his law school education. Mr. Maron soon realized that his love of fine watches outweighed his desire to become a lawyer. Following his graduation from law school, he chose watches over law as his full-time career.

We are a privately owned business specializing in buying and selling high-quality watches.  As a member of the International Watch and Jewelers Guild (IWJG), as well as the National Association of Watch and Clock Collectors, we are committed to providing our customers with excellent condition new, pre-owned and vintage watches.  We stand by the products we sell.  If we don’t already have a specific watch in our extensive inventory, we have an excellent track record locating hard-to-find watches

Robert is a married man and father. He is married to wife, Gina Maron. But “Bob Maron” as he is known has also another side to him, he is also a social media agent which according to website bobmaron.com is responsible for launching Charlie Sheen’s online presence in March of 2011, and has single-handedly handled Charlie’s Social Media ever since; hence the close ties with Sheen. Both John Mayer and Charlie Sheen happen to be big watch collector and became extremely close to Maron.

Who do you think is telling the truth?