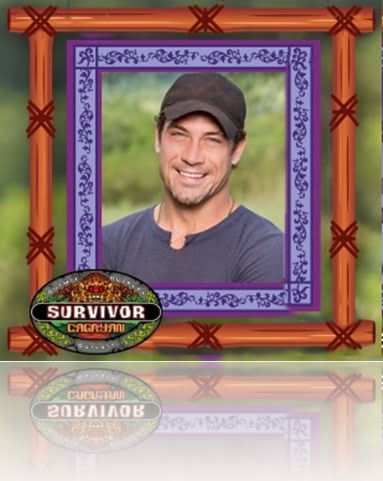 Meet **** LJ McKanas, he is the handsome horse trainer from Boston who is part of the Beauty tribe at this new season of Survivor: Cagayan. Would you like to hear more about LJ? 35-year-old LJ McKanas  born Leon Joseph McKanas on January 8, 1979 in Saugus, Massachusetts. LJ’s mom Leona, 55, beat up cancer, because of that and so  many more reasons LJ think of her as his inspiration in life. Hilary, Richard and John are this Survivor contestant’ siblings. (please feel free to correct us if we are mistaken)

LJ graduated in 1997 from Saugus High School, he studied media arts and design at Northeastern University where he also excelled in football. As a linebacker with the Huskies he was awarded with the Team MVP, All-New England, All-Conference and first-team Hanson All-America, Chicken Lou’s Award, Harry Agganis Award as the Outstanding Senior Football Player in New England. He was elected to the Northeastern University Hall of Fame for excellence in the sport of football in 2009. McKanas graduated from NU in 2002. LJ studied at the William Esper Studio in New York, he worked at the Strega Waterfront Lounge in Boston before becoming a horse trainer at Tampa Bay Downs, Inc. Almost every member of LJ’s family are involved in horses, his sister Hilary owns some, so does John and  Mrs. McKanas is a trainer. Do you think LJ McKanas has a girlfriend? We couldn’t find any source suggesting McKanas is dating anyone at this moment, which means he is single, get in line girls, LJ is perhaps one of the hottest contestants in Survivor so far.!!