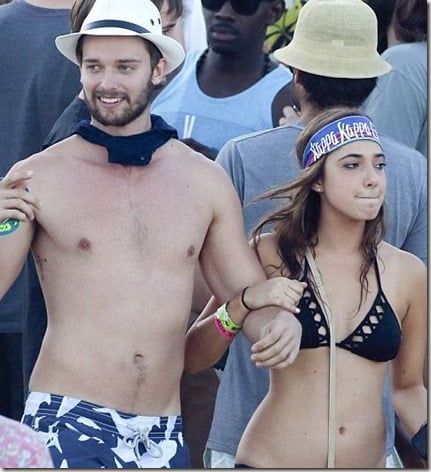 Woah! is 21-year-old model/actor Patrick Schwarzenegger cheating on girlfriend Miley Cyrus? As far as we know they are still an item but over the weekend Schwarzenegger was caught having some fun under the suns with a mystery brunette!

Patrick and his gal were seen getting super close as they dance and had some drinks in Cabo San Lucas, Mexico. The pair partied the day away at the Mango Deck Restaurant & Bar according to reports from the Daily Mail. 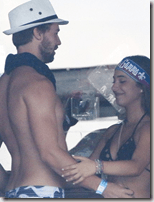 A month ago the son of Arnold Schwarzenegger, and Maria Shriver posted the photo below of him and Miley captioned “Luckiest guy in the world” 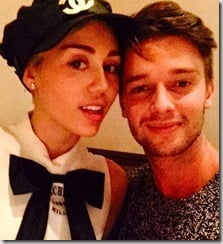 But over the weekend he seems to have forgotten about his singing lady and traded arms with his sorority gal. 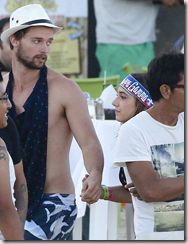 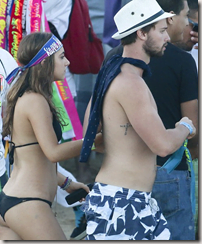 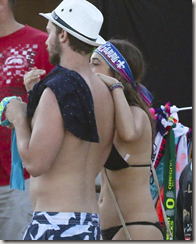 Patricks lady friend, whom we assume they know each other from USC since she was sporting a headband with Kappa Kappa Gamma emblazoned on it; visibly shorter than him she wrapped her arms around him as they danced away. 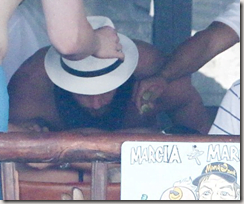 Even if they did not lock lips (in public) they did acted a little too friendly after he also took a shot form her body and another guy squeezed a lime on her torso. Patrick previously dated a USC gal named Tootsie Burns, so it wouldn’t be too crazy if he and the new brunette are more than friends?

Would/should Miley forgive him? After all it is spring break!