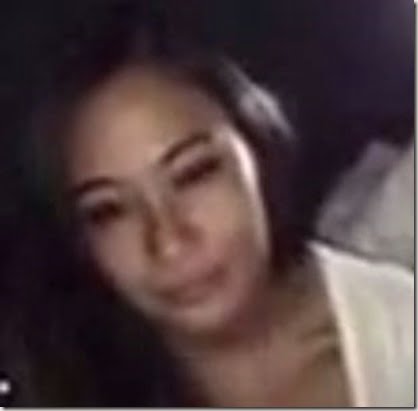 Meet cheating Nina! By now you probably belong to the one-million plus audience that has seen Nina cheating on her husband, if you are not, let us keep you up to date!

Nina is the young woman who got caught red-handed by her husband’s best friend James, while she and another fella were getting it on!

A video, clearly to put her in shame for the world to see was uploaded to YouTube showing the embarrassing moment where Nina is questioned by not only her husband’s best friend but also the man who was the best man at her wedding!

In the 41-second long footage, James confronts Nina and her companion, saying: “How you guys doing?” And quickly adds: Nina, What’s going on here? Tell me what’s going on? 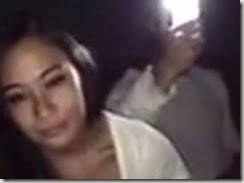 Clearly lost for words, Nina who looks as if she doesn’t care much and wants to hide her face, –but its too late – replies “You know what’s going on.” The reason for her attitude soon becomes obvious when James says

“Who’s this guy? That’s not your husband, right?”

He then turns the shameful questioning to the other guy saying: “I’m James, I was the best man. This is Nina, this is my best friend’s wife. So are you the bar tender?”

James then satisfied with his answer, replies: “Okay, that’s excellent. Well you guys have a good night.”

Ninas guy cleverly covers his face, by grabbing his mobile phone and shining the flash light, leaving Nina as the only one to be exposed.

According to the poster of the video, the woman was caught last year sleeping with the same barman after she had gotten an STD from him, she came clean to her hubby and he forgave her.

This time Nina might not be so lucky, she was found a second time with the same guy last week and the proof in quite clear. The video has gone viral and you can clearly see how she jumps off the barman after the best man walks in. According to the NY Post, James knew exactly where to find Nina because her husband had suspected of her cheating and apparently asked James to follow her and see what she was up to.

Nina was told by her husband to move out, after he took the car and her ring. Do you think her hubby was wrong by humiliating her publicly? Where  is Nina now? Did she end up with the barman?

Nina, we want to hear your side of the story!