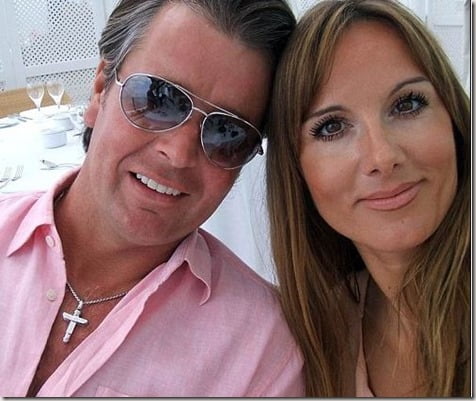 Meet Ashley Pitman, the husband of late actress, Rebekah Gibbs. The father of one release a heartfelt statement announcing the tragic passing of his wife following a battle against cancer.

His actress wife, put her career on hold to have a family, Ashley and Rebekah tied the knot five years ago. The couple were ecstatic to welcome their first child, but just weeks away from giving birth his wife first noticed a lump in her breast. After the birth of her daughter in 2008, she received the devastating diagnose.

Ashley and Rebekah welcomed baby daughter, they named her Gigi, unfortunately they joy of becoming parents was soon shattered when the actress who pushed for further treatment, was told she had a particularly aggressive cancer. 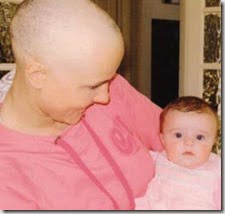 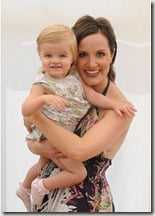 Pitman’s wife knew in her heart something was wrong when she got the dreaded diagnose. Two years later Ashley celebrated his new wife being cancer free. at the time, she told BBC

“I won’t get cocky though and I take each day as it comes. I am always a little unsure about the future,”

She shared her experience of breast cancer in a weekly column for the Daily Mirror, she described the exact moment she found the lump saying “one that will be etched on my memory forever” “That crushing fear has stayed with me. It’s with me every day.”

Until last year, everything seemed to be doing great, she was given the five year all clear in April; tragically just a few months later and while on holyday she suffered a seizure. She was rushed to the hospital and the diagnose was heartbreaking: two brain tumor that took her life in the early hours of Wednesday at The Hospice in the Weald in Kent with family by her side, according to Pitman. 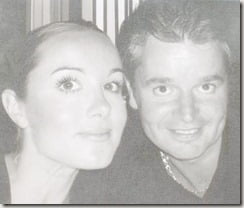 In a statement, the father on one said

“In the early hours of 11th November 2014, our beloved Rebekah Gibbs, aged 41, passed away peacefully at The Hospice in the Weald, Pembury, Kent, with her mother, myself and a close family friend by her side.

“I’d like to thank the wonderful nursing staff and her dear, loving friends, from the bottom of my heart for all the love and support we received over the last year. Without which Rebekah and I would not have been able to cope.

“I’d also like to thank everyone for their kind wishes and messages at this difficult time. My daughter and I take a great deal of comfort from this as we come to terms with life without our Rebekah.”

Ashley wedded Rebekah in September 2009, in Tunbridge Wells. The 47-year-old is described as a garage owner. He had known Rebekah for at least three-years before they tied the knot, the picture above is from 2006. His wife who wrote the book “Because of You” describes their relationship as turbulent in the early stages. In the book, Rebekah recounts the stress on her relationship with Ash, revealing they had split up and got back together before the pregnancy.

But she also adds of her hubby

he stands by me. He’s been such a rock during this, getting me through those dark moments when I’ve felt bleak and frightened.’

At the end of her book, Rebekah has included a moving letter to her little girl, Gigi.

‘The book is part of my preparations for Gigi’s life, with or without me,’ says Rebekah. ‘If I can’t be there, all I want is for her and Ash to be happy.

The actress, appeared in The Bill and on stage in A Chorus Line, Grease and Starlight Express; before landing the part of Nina Farr, a paramedic, in Casualty in 2004. She was born in Torquay, Devon, Gibbs attended the Doreen Bird College of Performing Arts in Sidcup.

After leaving the show she went into healthy living overdrive; she was training for a half-marathon when she found out she was expecting a baby girl.

We send our condolences to Ashley and the rest of Rebekah’s family.