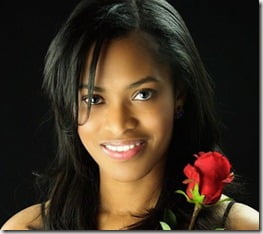 Dr. Misee Louise Harris is campaigning to become the first black bachelorette on the ABC’s reality dating show “The Bachelorette”. This season on “The Bachelor”, there were four black contestants competing for Sean Lowe’s hand, and two of them survived more than a few shows. Now 28-year-old Harris has launched a social media campaign to be the first black “Bachelorette.”

Misee Harris is a pediatric dentist turned model/actress from Columbia, Tennessee, who does charity work and loves sports, fashion, art, and dentistry. According to Jezebel, she was actually chosen to be a contestant on “The Bachelor” in June last year, but walked away for fear of being the “token” black chick.

“I realized that being the bachelorette would give me a better opportunity to find love and a stronger platform for all of my creative dreams and charity work,” she told The Grio. “It also would allow me to inspire other black women and girls to dream big and know their worth.”

Both reality shows The Bachelor and The Bachelorette, haven’t yet featured a non-white bachelor or bachelorette, after 25 seasons on the air. There have been accusations of racism against the show and two prospective contestants filed a lawsuit against the shows’ producers last April alleging that they were rejected because of the color of their skin.

“We really tried, but sometimes we feel guilty of tokenism,” producer Mike Fleiss told Entertainment Weekly in March 2011. “Oh, we have to wedge African-American chicks in there! We always want to cast for ethnic diversity, it’s just that for whatever reason, they don’t come forward. I wish they would.”

Dr. Harris is a graduate of Columbia Central High School. She continued her education at the University of Tennessee at Chattanooga, earning a B.S. Degree in Biology. Then she completed her Doctor of Dental Medicine Degree at the University of Kentucky and is completing a residency in Pediatric Dentistry.