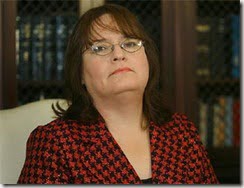 American citizen Rita Milla was sexually abused by 7 priests. Two of her abusers were Father Santiago Tamayo and and Father Angel Cruces. Milla sued the church in 1984, and she was paid a $500,000 settlement on December 4, 2007, from the Roman Catholic Archdiocese of Los Angeles.

For four years Milla was abused, beginning when she was 16, when one priest touched her through a broken confessional screen. After she turned 18, she engaged in sexual intercourse with Tamayo and he introduced her to six other priests, with whom she alleges she also had ***. Two of them assured her that:

“it was morally, ethically all right for her to have sexual intercourse with them … that by doing so, that she would be helping them and helping herself.”

The case went public when victim Rita Milla came forward after becoming pregnant at age 19. Milla, a parishioner at St. Philomena Church in Carson, told church officials in 1983 she was pressured by Tamayo to have an abortion, and she eventually went to the Philippines to have her daughter, telling her family she was going abroad to study.

“After a while I thought that I just wanted to die,” says Milla, now in her mid 40’s. “I thought I could hang myself.”

The priest who fathered her child was Father Valentine Tugade, his paternity was confirmed by a DNA test in 2003.

Tamayo and the other priests fled to the Philippines to escape criminal investigation and civil litigation. Tamayo resigned as a pastor in 1984 and was placed on active leave by the archdiocese, though he continued to work as a priest in the Philippines. Tamayo died in 1996. Cruces died that same year.

Today, Milla is an activist with the group Survivors Network of those Abused by Priests (SNAP). She held a news conference outside the Cathedral of Our Lady of the Angels in Los Angeles, Friday, Feb. 1, 2013.

“It felt like God hanging up the phone on me. I’ll never escape the memories and I’ll always be fighting the after effects of the trauma I went through, but now I can work on healing.”

Rita Milla is a medical assistant. Her daughter Jacqueline Milla, now 30, is getting married soon, and Milla also has a son, now 23, with her husband Scott Lewis.

“My kids were raised without religion, so they are happy,” Milla said.

In 2007, the church paid out a massive $660 million settlement to more than 500 young people who had been victimized by clergy.