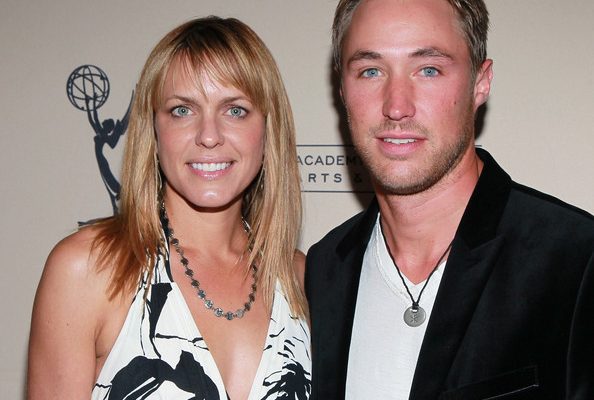 Kyle Lowder, known for his roles of t.v soap operas The Bold and The Beautiful and the Bold and the Beautiful is the ex-husband of actress Arianne Zucker who found herself in the middle of a nasty news, regarding a leaked from from September 2005 where she meets Donald Trump and Billy Bush, who were previously making lewd about Nancy O’Dell and needing a Tic Tac in case he kissed Arianne.

Arianne Zucker and the handsome Kyle are no longer married. These two married on August 3, 2002. Thing got pretty rough and they decided to split up in August 2007, however they worked out on their relationship and decided to give their marriage a second chance, therefore they reconciled in February 2008. Things went well on their second honeymoon and by June 2009. Kyle and Arianne prepared to become parents. Little Isabella was born on December 7, 2009.

But their marriage was not going too well, and by March, 2014, Kyle and Arinne got a divorce.

**** Kyle was born Kyle Brandon Lowder on August 27, 1980 in St. Louis, Missouri. Kyle was quarterlight player at Pleasantville High School in Pleasantville, New York from where he graduated in 1998. He attended at Syracuse University for a year or so. He got the acting bug and decided to drop out of college.

In 2000, he landed a role as Brady Black on the soap opera Days of Our Lives. His performance granted him with a Daytime Emmy Award nomination- Outstanding Younger Actor in a Drama Series in 2003. He left two years later.

In January, 2007 he starred as Rick Forrester on The Bold and The Beautiful, he stayed until 2011 to focus on his career as a singer.