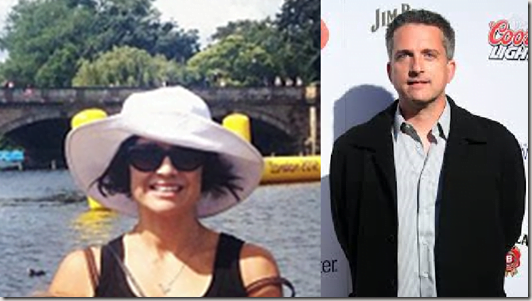 Meet Kari Crichton she is the wife of sports writer Bill Simmons. She turned Ms. Simmons back in 1999 so they have been married for 15 years. Kari’s husband has had a notorious career but after days of silence the Editor and chief of his own magazine, offered an apology for the article written by contributor Caleb Hannan that posthumously outed a transgender woman and has been widely criticized for its transphobia and lack of empathy.

Well, let’s give him a break huh! All you can do is apologize, why don’t we read about what he’s done good instead of focusing on the wrongs.

Bill Simmons often mentions his wife, Kari Crichton Simmons, but only as “The Sports Gal,”  the couple have a daughter named Josephine Simmons. Little Miss Simmons was born in 2005. The Simmons later had a son, named Ben Simmons, who was born in November 2007.

Kari occasionally writes mini-articles within Simmons’ own Page 2 articles, on subjects such as hatred of actor Michael Rapaport and searching for good donuts in L.A.

She attended St. Bonaventure University. According to records online, Kari who is 43-years-old has worked at Habama Inc. She previously lived at Valley, NY; Mesa, AZ; Scottsdale, AZ and currently resides in L.A. She is the daughter of James and Sandra Crichton and two brothers,  Jim Crichton and Joseph Crichton. Unfortunately we found records online of her brother Jim, who passed away in 2011.

Kari’s husband has an estimated net worth of $15 million. He has earned his net worth as a sports columnist, author and podcaster for Grantland.com, which is affiliated with ESPN.com. Before his affiliation with ESPN.com, he was known as the “Boston Sports Guy”, later on Sports Guy, on his website BostonSportsGuy.com that earned him a job offer in 2001. He also appeared briefly in theBoston Herald in the 1990s. He is a former writer for ESPN The Magazine and Jimmy Kimmel Live. 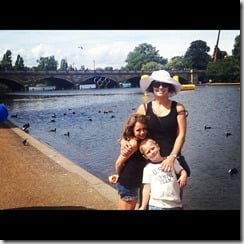 He also launched Grantland.com on June 8, 2011. It is an online magazine where he serves as Editor-in-Chief. He began publishing his Sports Guy columns and B.S. Report podcasts on the site which are linked to ESPN.com.

Here you can read an article written for Kari, titled “The Sports Gal Speaks! And analyzes the Patriots Cheerleaders”