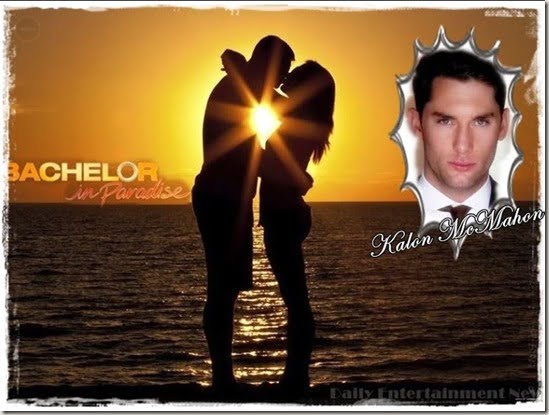 Kalon Joseph Reid McMahon –whom we like to call  our “Patrick Bateman” of the bachelors –will be featured on tonight’s episode of The Bachelor in Paradise! Excited Bachelor fans? We sure are and that’s why we want to fresh’ n up your memory on good-looking, “Social Entrepreneur. Serial Philanthropist. Aesthetic Perfectionist” Kalon! He appeared on the eight season of “The Bachelorette” ring any bells now? 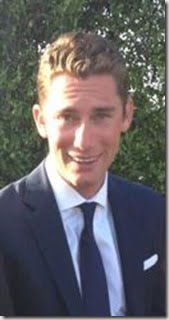 The owner of fantastic genetics and sharp business knowledge, Kalon was born in Houston, Texas, he is a luxury brand consultant and hails from a very successful family, but the model-looks guy –who’s name even sounds out of a movie character –apparently forgot his manners when he was famously evicted from the show after the fifth episode for referring to “Bachelorette” Emily Maynard’s children as, “baggage”. 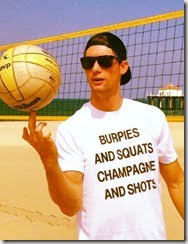 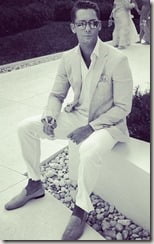 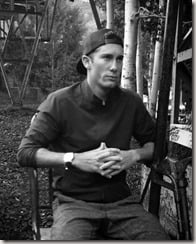 Kalon try to apologize but he shamelessly failed to clean-up his bad boy image when his attempt to ask for Emily’s forgiveness during the Bachelorette” special, “Men Tell All”, was soundly rejected! It was clear he did not only gain Emily’s grudge, but, during this time the audience booed him repeatedly. 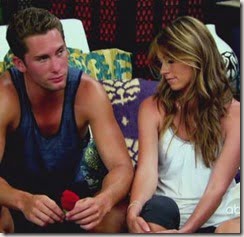 Kalon then gave it another shot at his reality stint when he appeared on the spin-off series, “Bachelor Pad 3.” This was definitely his comfort zone and we got to see a more relaxed Kalon. During the taping he met former “The Bachelor” contestant, Lindzi Cox and they really hit it off giving Kalon a new title “the mellowed lover” until you know, things happen and they called it quits in early 2013.

After the break-up he moved back to Texas and moved on to gal-pal Sam Kalil (pictured below) Kalon and Sam headed to Texas, after seeing a business called Surfset on Shark Tank. 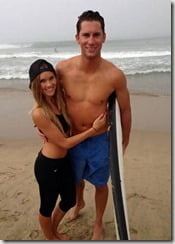 Kalon who resided in L.A. said of the move “I always knew I’d end up back in Texas, but I wasn’t sure where. My girlfriend’s sister is in Cypress, too, with her husband. He’s actually my business partner,”

Either way, that was so last year, and Kalon –whom we assumed is single and ready to mingle –is set to be featured once again on TV.

Do you think he’ll find love once again? Is he really down to be on a committed relationship? with ex-girlfriend Lindzi revealing:

After the show we both put effort in making it work, but as most people know having a long distance relationship can be tough. I was willing to go the extra mile but unfortunately Kalon wasn’t in a position to meet me halfway.