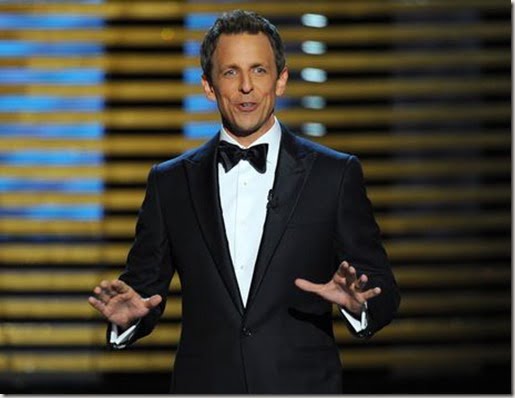 Yesterday we were all hoping to catch the 2014 Emmy’s but just in case you missed some of it, you know, the ceremony being held on a Monday since 1976 (according to Wikipedia) and L.A rush hour is not a good combo! Not to worry, here we tell you exactly what you need to know!

Read our list of best and worst 2014 Emmy moments! 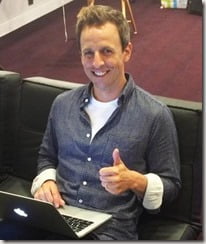 Comedian and Late Night host Seth Meyers hosted the ceremony for the first time, he delivered a fun, quick monologue that proved he knew what the buzz was surrounding this year’s awards. He also made jokes about Orange Is the New Black and True Detective’s category controversy, How I Met Your Mother’s not-so-well-received series finale, The Good Wife and Homeland’s decision to kill off their main characters, and The Big Bang Theory cast’s million-dollar episodic paycheck, telling Jim Parsons, “You’re worth every penny.” 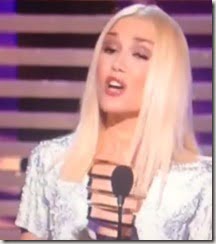 Stefani presented the award for best comedy variety series but mispronounced the winning show, The Colbert Report, saying something that sounded like, “The Colbort Report.”

3. Sofia Vergara was but on a pedestal 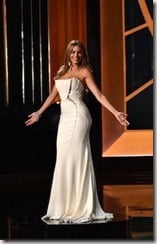 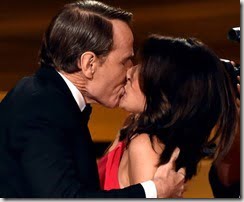 With her 5th Emmy win, Louis-Dreyfus becomes the only actress to take home 3 Emmys for 3 different comedies. That deserves a congratulatory kiss, which Bryan Cranston was willing and able to give.

5. The In Memoriam segment by Billy Crystal 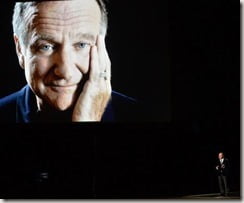 Billy Crystal Remembers Robin Williams, and he did a fantastic job reminding us again of the comedy world’s loss. It was a genuine, heartfelt moment. Did you shed a tear? Who wouldn’t!

It was impossible not to include in our list at least one fashion crime, so that goes to: 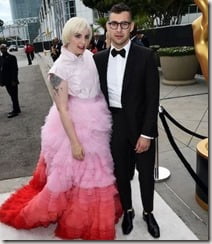 Lena Dunham’s dress doesn’t know what it wants to be. All business on top, muppets gave their lives for the bottom. 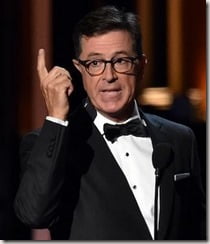 PinThe normally hilarious Colbert fell flat while presenting the award for Supporting Actor in a Miniseries/Movie category. The upcoming “Late Show” host delivered a skit during which he argued with his invisible pet rabbit, Roscoe. Also invisible: The humor in Colbert’s bit.

3. Sarah Silverman is high on life.

We aren’t sure if it was a public service about the importance of mammograms or an effect of getting high on her own supply, but Sarah Silverman spent her whole red carpet interview with Giuliana Rancic massaging her own breasts and talking about the liquid ********* in her clutch. 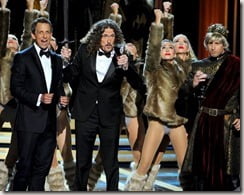 Weird Al Yankovic surprised the audience with a little musical performance by doing a mashup of some of the nominated TV shows’ theme songs. It was entertaining but also a little awkward, which is precisely what you would expect from Weird Al. 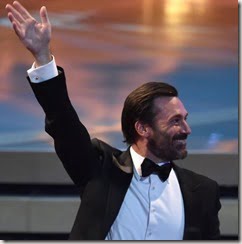 We know actors are weird but last night, some of them showed, without a script they are totally lost! Like asking the dumbest questions! Jon Hamm, Melissa McCarthy and others failed to turn stupid questions funny. 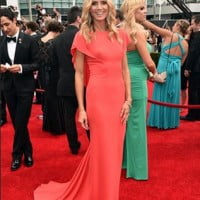 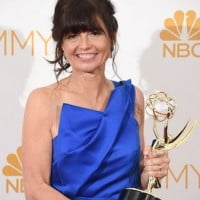 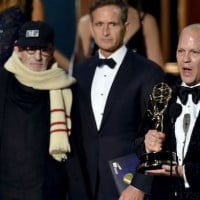 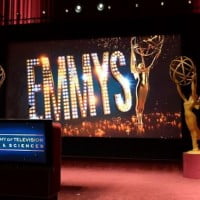 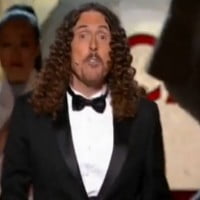 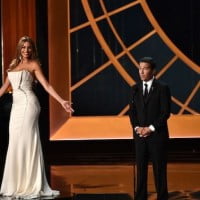 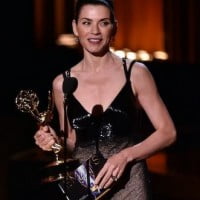