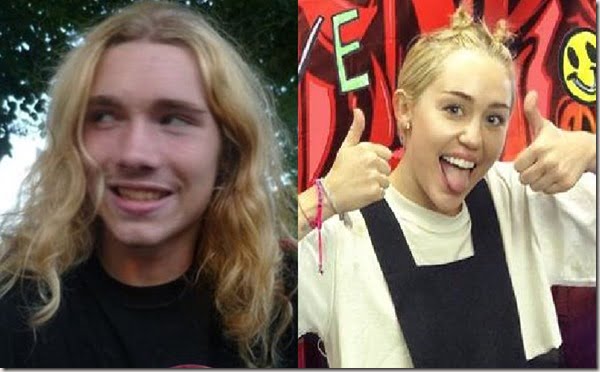 One of the most bizarre or the most bizarre moment of the 2014 MTV Video Music Awards was Miley Cyrus sending a handsome young man to accept her award for Video of the Year! Was that her way to tell the world she has found love again with this unknown but good-looking fella?

Just when you thought things couldn’t get more weird, our Jon doe revealed his identity saying his name is “Jesse” and that he had been homeless!

Since then, all media has been trying to get to know Jesse better, here is what we know! 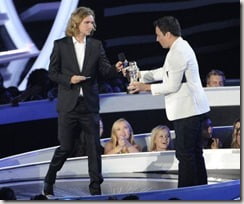 Jesse’s mom is Linda Helt and she confirmed that the young man who was Cyrus’ date for the VMAs is her son, Jesse Helt. According to a phone call with his mother, Jesse did not only got a special night by attending the VMA’s sponsored by Miley, but the young man will also be visiting his family within the next few days, all thanks to Miley’s generosity.

The stunt was actually trying to make a statement, and Miss Cyrus who is an expert at that, posted to her Facebook account

Help me raise awareness and funds to end youth homelessness! This is just the beginning for me, but we’re going to get started now by focusing on My Friend’s Place, a homeless center for young people in Hollywood.

62-year-old Linda said about the youngest of her children; Jesse who is originally from Oregon, grew up in Salem, he attended Chapman Hill Elementary, Myers Elementary and West Salem High School. He received his GED through Chemeketa Community College. His story could actually be compared to the like’s of Brad Pitt! Remember the guy in the El Pollo Loco mascot?

Handsome Jesse had actually tried out to be a model. He opened a Model Mayhem profile and posted pictures of himself.

Linda also confirmed her son had been homeless. Helt, –like many others –moved to Los Angeles a few years ago to make it on his own and –like many others –his lucky chance never came. The not so odd couple –giving Miley Cyrus’s rants –actually met while she visited My Friend’s Place, the Los Angeles center for homeless youth. 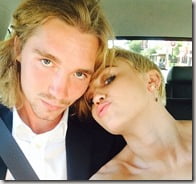 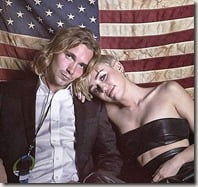 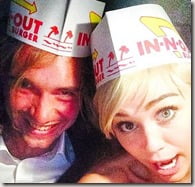 Certainly Miley is trying to do a good thing and Jesse deserves a chance right! But does she know her protégé has a warrant out for his arrest in Oregon after he violated his probation? 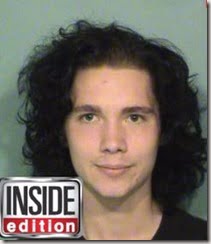 According to Inside Edition, The 22-year-old was arrested attempting to break into an apartment in Salem, Oregon in 2010, and was charged with criminal trespassing and mischief, according to a report that will air on the show on Tuesday.