Jeremy Scher is the boyfriend of TV personality and host, Jedediah Bila –until recently, one of five co-hosts on ABC’s The View.

Bila known for her work on the Fox News program Outnumbered was born A. Jedediah Louisa Bila on January 29, 1979. The New Yorker graduated from Wagner College (Staten Island, New York). She was the valedictorian of her class. She also holds a master’s degree in Spanish literature from Columbia University.

Prior to her career in the media, she used to teach college, high school, and middle school classes in New York City.

During her time at Fox, she appeared on Fox News’ “The Five” and often appeared on “Hannity,” “Red Eye,” and on a variety of Fox News and Fox Business programs. Before joining Fox News, Bila was a regular guest on MSNBC, CNBC and numerous radio shows.

The petit brunette has also penned columns for such conservative newspapers as Newsmax, TheBlaze, Human Events, The Daily Caller, and Breitbart News. In 2011, she published a book titled Outnumbered: Chronicles of a Manhattan Conservative.

Bila, who announced today as her last day on The View, joined the show as a permanent co-host for the show’s 20th season, after appearing as a guest during the prior season. 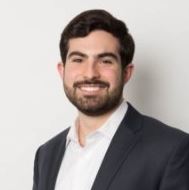 Bila announced she is currently working in other projects including a book. But aside from her working commitments, she’s also been spending quality time with new man, Jeremy Scher. 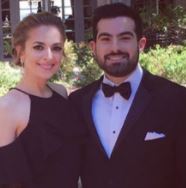 The love birds got engaged last June, Bila announced the happy news during an episode of The View.

During the announcement, Jeremy Scher was described as her longtime boyfriend, adding that he popped the question over breakfast.

Bila is known to be very secretive about her boyfriend and soon-to-be husband. However, we did find out Jeremy Scher is a Freewheel Business Advisory Associate.

From his LinkedIn we get that Jeremy Scher is a Brooklyn resident and works as a Business Advisory Associate at FreeWheel. He previously worked as a Management Consulting Senior Analyst at Accenture. The management/business scholar graduated from Rice University with a degree in Bachelor of Arts and Cognitive Science. He also attended Tenafly High School, New Jersey and graduated with highest honors.

It looks like Jeremy is certainly qualified to become Bila’s husband.