It seems season 20th of The Bachelor promises a whole new level of drama. Among the women competing to win Ben’s heart, we have twin sisters, Emily and Haley Ferguson. Going after the same guy? That’s like every sisters worst nightmare.

The identical twins hailing form Las Vegas, revealed to Chris Harrison, it is the first time they have fallen for the same guy. In the past, they’ve both shown different taste in men.

Their most current means of work is as cocktail waitresses at at The Cosmopolitan Las Vegas’ Marquee Nightclub.

According to her ABC bip, while Emily enjoys country music, can sit and watch the Notebook, peed herself in front of my whole high school cheer team from laughing so hard and likes simple dates –Haley likes Country and Alternative music, prefers to watch Dear John, loves candy, can’t live without her cell phone, spray tan, chap stick, my dogs, my family; and says being married is a big deal. 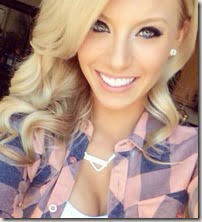 On her interview for the network, Emily also revealed she would like to be her sister, just to know if they think alike or how different they really are. Isn’t that sweet! 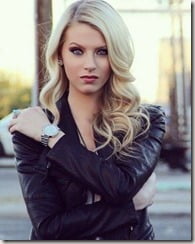 Haley revealed her greatest achievement is making it to the semi-finals on Dallas Cowboys cheerleaders.

They are both 2011 graduates from Silverado High School in Henderson, Nevada. Emily and Haley Ferguson also have a brother named, Kyle James Ferguson.

Just when you think the girls got themselves into what could turn a complicated situation, they explained to E!

“We have a mutual understanding of what’s going on here. So we discussed this before we even came on to meet Ben.”
Adding “It’s up to Ben,” “It’s not up to us!”

You can find Emily Ferguson on Facebook here and Haley Ferguson here.