Christian Evans is officially the ex-hubby of former talk show host, Ricki Lake. Reports say the former couple can call themselves single again but wait, not all parties are exactly happy with the split!

Alright so, we got you there for a minute! They are pretty a-ok with the split but is always sad to see celebrities struggle in the love department, isn’t!

According to Radar Online Christian Evans –a jewelry designer –and Lake quietly finalized the divorce in April. Evans was seeking spousal support in the divorce but court documents obtained by Radar state that the arrangement for any potential spousal support are not publicly available.

Lake filed for divorce from Christian Evans, last year, after two and half years years of marriage, citing irreconcilable differences.

They met in 2010 and tied the knot in 2012 in California. As reported at the time, she threw Christian Evans out of their shared L.A. home in October 2014. At one point, during happier times, Lake confessed, Christian Evans was her ‘soul mate.’

Last year when the news broke, TMZ, reported Lake had offered to pay Evans spousal support by checking the box in court documents. Soon after their fall out, it was reported Christian Evans was said to be crashing in his car. Following that news, it was also said they had reconciled in December 2014 but that didn’t last either. 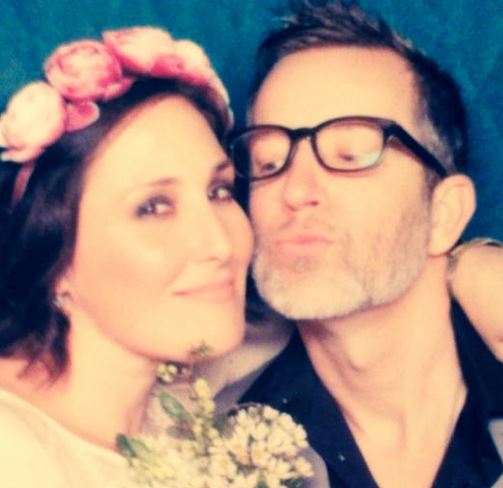 This is Ricki’s second divorce. She split from first hubby, Rob Sussman in 2004, with whom she has two children Milo, 15, and Owen, 10

Christian Evans, who describes himself as “Spiritually Enlightened Spirit. Jewelry Designer of sacred symbols and stones that help heal your mind, body & soul “ is also a parent. He has a son, 9-year-old Taylor, with his ex-wife Deanna Alexander.

According to a profile on Etsy, Christian Evans is a native of Northern New Mexico. He appeared on the pages of InStyle and Rolling Stone due to his unique jewelry creations.

The page also states Evans’ work has been seen in a variety of motion pictures and television series and on such celebrity icons as Mariah Carey, Jane Fonda, Meg Ryan, Lisa Marie Presley, Sheryl Crow and Jon Bon Jovi, among many others.