By now, you’ve probably heard NBA star Lamar Odom is currently hospitalized in Las Vegas after being found unresponsive by staff at a brothel known as the Love Ranch in Crystal, Nev., around 70 miles northwest of Las Vegas.

A Nevada Sherif said two employees of the Love Ranch, one of them identified as Ryder Cherry, found Lamar Odom unconscious at the Love Ranch inside the brothel Tuesday.

But who is Ryder Cherry? Read below what you need to know about one of the women who found the former NBA star. 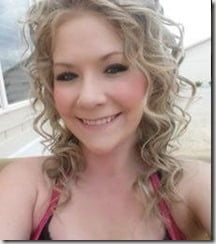 Ryder Cherry along with Monica Monroe are both prostitutes working for the Las Vegas brothel, known as Love Ranch Vegas in Crystal, Nev.

The Lakers star, requested two blondes for company, one of them, Cherry Ryder. At one point she and the other prostitute left him alone between 9-12 hours.

3. Ryder Cherry went into the room and found him.

Shortly after 3 p.m. Tuesday, Cherry and the other woman, facedown on the glossy wooden floor of his VIP suite.

When they turned him over on his side, as instructed by a 911 operator, Odom was bleeding from the nose and spitting up a mucus-like liquid.

Lamar Odom took cocaine and as many as 10 sexual-performance supplement pills leading up to his hospitalization.

6. Ryder Cherry is the ‘one you will want to party’ according to her profile.

Her profile at the Love Ranch’s website which reads in part “I’m the one you will want to party with! I am a cute, loveable, bubbly and super-warm girl who just loves…..***! And I really enjoy meeting new people! Guys are great! Women are wonderful! And couples are cool! I love you all!”

7. Ryder Cherry is a popular girl at the Love Ranch.

Ryder Cherry, says that in the months of September and October, she was the number one prostitute at Dennis Hof’s ranch, calling her “booker of the month.”

9. Ryder Cherry hasn’t made any comments.

There has been a spike in interest in in Ryder Cherry after Lamar Odom was found unresponsive, but it appears that neither has spoken publicly yet.

10. Ryder Cherry is said to be very upset/distraught.

The brothel’s owner, Dennis Hof, said Ryder and Monroe were “distraught” and “broken up.”