30-year-old Ande Sedwick is currently in the middle of a legal battle with her employer, Nest Seekers, its reality-TV celebrity associate, Ryan Serhant, and her ex, Ravi Gulivindala, the NY Post reports.

Pretty Ande Sedwick claims she had a violent fall out with her boyfriend Ravi –whom she says pressure her to date him by giving her perks at work. Once she was out of the relationship and filed an order of protection from Gulivindala; she returned to work only to be treated as a “persona non grata,” by boss Ryan Serhant –who happens to be a star of Bravo’s “Million Dollar Listing” –and who punished Ande by refusing to give her an office away from her abusive ex.

According to a professional profile, Ande Sedwick is a native of Louisville, Kentucky. She moved to NY city over a decade ago. Since having experience living in nearly every section of the city, Ande Sedwick sees herself as a matchmaker, always pairing clients with the right properties.

She also worked as the official brand ambassador and fit model for the high-end contemporary Woman’s Label “Nikka.”

several testimonials on her profile, state Ande Sedwick is an ‘exceptional’ agent. One, from last year reads: “Ande is an exceptional agent and was a pleasure to work with her. She assisted with the competitive NY market and is a strong negotiator.” 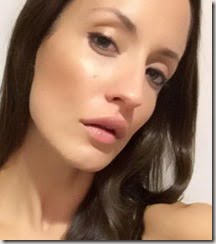 According tot her LinkedIn she attended Marymount Manhattan College from 2003-2006 graduating with a degree in Communication Arts | Cognitive Psychology. She also studied at Indiana University Bloomington from 2006-2008 with a degree in Business Administration and Management, General.

She’s currently listed as a real state broker at Nest Seekers International. Prior to that, she has worked at Town Residential, Keller Williams NYC, New York Living Solutions.

Ande has also taken part in several endeavors including Model Enterprise Corp. and most recently a career in music businesses according to her Facebook page.

You can find the pretty gal, Ande Sedwick on Instagram here.