Are you an ‘Orange is the New Black’ fan? Did you hear Taylor –who plays Piper Chapman in the Netflix series –cut herself during s *** scene?

Taylor Schilling big shot came when she landed the role as Piper Chapman in Netflix original series Orange is the New Black.

About her personal life, when it comes to the question: ‘who is she dating’ it kind of has become a topic everyone keeps talking about, no boyfriend has been seen with the Boston born actress, however she has been seen getting close to Carrie Brownstein, so is Carrie, Taylor Schilling’s Girlfriend? 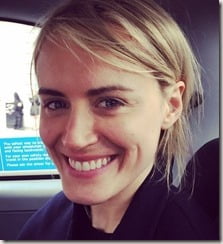 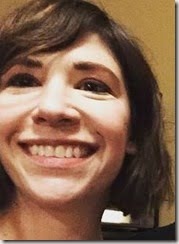 Taylor has never been seen with a guy, however she has been seen with Portlandia creator  Carrie Brownstein, According to Star Magazine, they are definitely dating..

“Orange Is The New Black star Taylor Schilling has taken a cue from her on-screen character and is no dating a woman. Taylor has been getting cozy with 40 year old Portlandia cocreator Carrie Brownstein. The pair, who have been friends for a while, recently took things to the next level and friends say that they couldn’t be happier. And the couple are wasting no time hiding their newfound love. Taylor was most recently spotted visiting Carrie in Portland, Oregon on March 15th, where fans spotted them out and about.”

According to IFC.com, besides being the the co-creator, co-writer and co-star of Portlandia she is also an author and musician. She made her television career debut in 2011 with Portlandia, and in 2012 received an Emmy® nomination in the “Outstanding Writing for a Variety Series” category for her work on the series.

She is a member of the critically acclaimed rock band Sleater-Kinney. Brownstein was named one of the top female electric guitarists by Elle Magazine and Rolling Stone Magazine; in 2006, the Seattle, Washington native, earned a spot on Rolling Stone’s list of the “25 Most Underrated Guitarists of All-Time” as their highest-rated female guitarist of all-time. That same year Sleater-Kinney went on an indefinite hiatus and so in 2010, Brownstein took her talents to another band, Wild Flag.